I know it’s not for everyone, but it’s so important that I always want to share. Here’s what I’m reading now to stay up-to-date on the scholarship on hate, with a focus on anti-Muslim prejudice, discrimination, and violence: 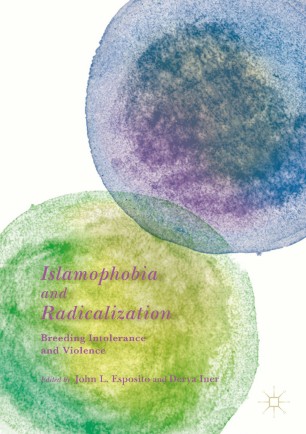 Islamophobia and Radicalization: Breeding Intolerance and Violence, edited by John Esposito and Derya Iner, includes chapters examining the colonial impact on Islamophobia, Islamophobia as a form of extremism, Islamophobia’s appearance in Islamic State propaganda, anti-halal movements, the problems of counterterrorism and counterextremism efforts, and the Hizmet (Gulen) movement.

“An Imperial Entanglement: Anti-Semitism, Islamophobia, and Colonialism” by Ethan B. Katz, published in The American Historical Review (2018), argues that we need to place anti-Jewish and anti-Muslim scholarship in the same analytic framework. Pages 1190–1209, https://doi.org/10.1093/ahr/rhy022

A topic always dear to Sixoh6–how we can use literature to address our social problems. Carmen Newstreet, Amie Sarker, and Ragina Shearer show us how in Teaching Empathy: Exploring Multiple Perspectives to Address Islamophobia Through Children’s Literature,” published in The Reading Teacher (2018).

In “Model Victims of Hate: Victim Blaming in the Context of Islamophobic Hate Crime,” Caroline Erentzen, Regina A. Schuller, and Robert C. Gardner Journal of Interpersonal Violence (2018) make the argument that a victim’s race and how well they fulfill stereotypes of that race may influence bystanders’ perceptions of whether they should be blamed for the attack upon them.

Islamophobia and Racism in America by Erik Love.

Islamophobic websites make their racism look mainstream by invoking a defense of “Western values.” When the mass media, intellectuals, and politicians echo this racism, it appears even more legitimate—the key takeaway from Mattias Ekman’s “Online Islamophobia and the Politics of Fear: Manufacturing the Green Scare.” Ethnic and Racial Studies (2015).