For those who are interested in the latest scholarship on hate, here is a roundup of what I’ve been reading these last few weeks:

When we commit hate crimes as a group, those crimes are more likely to be violent than if we commit them alone—the key finding from Brendan Lantz and Joonggon Kim’s Lantz, Brendon & Kim, Joonggon. “Hate Crimes Hurt More, but So Do Co-Offenders: Separating the Influence of Co-Offending and Bias on Hate-Motivated Physical Injury.” Criminal Justice and Behavior(2018).

People who are more vulnerable offline—women, immigrants, and those who have previously been victimized online or offline–are more worried about being a victim of hate online, according to Tuukka Savimäki, Markus Kaakinen, Pekka Räsänen, and Atte Oksanenin “Disquieted by Online Hate: Negative Experiences of Finnish Adolescents and Young Adults,”European Journal on Criminal Policy and Research (2018): 1-15.

What drives hate organizing? Threat. What drives hate crimes and other acts of hate? “Opportunistic environments and provide broadened latitude to act,” according to David Cunningham. “Differentiating Hate: Threat and Opportunity as Drivers of Organization vs Action.” Sociological Research Online (2018).

Believing the violence is a legitimate expression of masculinity is a predictor of anti-Semitism, Islamophobia, anti-black racism, general racism, and sexism. And so, unfortunately, is the centrality of religion in one’s life. That is the key finding of Matthias Lühr, Heinz Streib, and Constantin Kleinin “Inter-Religious Prejudice in Context: Prejudice against Black Persons, Homosexuals and Women, and the Role of Violence Legitimizing Norms of Masculinity,”inXenosophia and Religion, Biographical and Statistical Paths for a Culture of Welcome(Springer 2018). 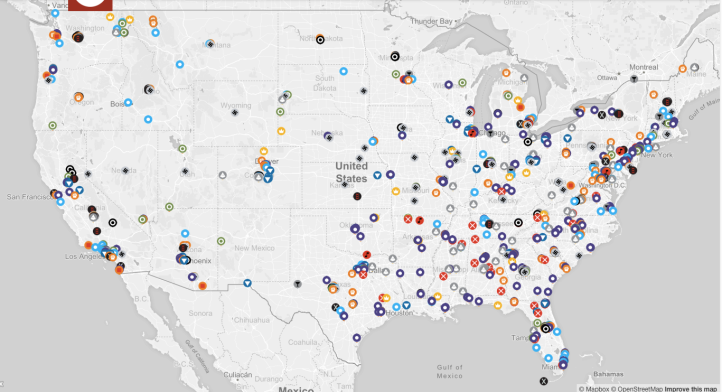 Above, the Southern Poverty Law Center’s Hate Map, which identifies hate organizations across the US.