Trump’s food stamp idea is bad for the poor, bad for governance 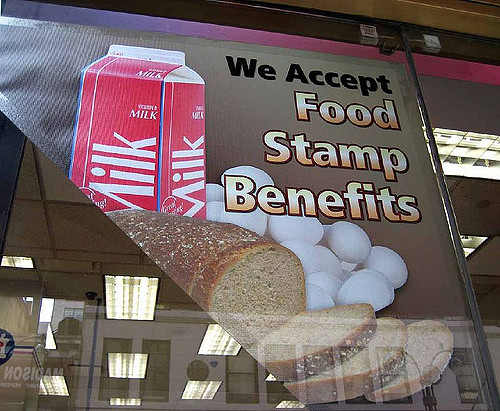 Just another day in the war on the poor:

The proposal would bring a fundamental change to a program that for the past 40 years has allowed recipients to use SNAP benefits at grocery stores as if they were cash. SNAP provides an average of $125 per month to 42.2 million Americans.

Under the full-scale redesign, the Agriculture Department would use a portion of those benefits to buy and deliver a package of U.S.-grown commodities — officially dubbed “America’s Harvest Box” — to recipients, using the government’s buying power to lower costs.

We already know this is a bad idea.

When governments give people in-kind support like food, it frequently costs more to deliver that support than it would to distribute cash—and for the same or even a lesser impact. Jesse Cunha of the Naval Postgraduate School conducted a randomized trial of cash versus in-kind transfers in rural Mexico. In addition to finding that cash recipients didn’t spend more on tobacco or alcohol, Cunha learned that those who received cash experienced the same improvements in nutrition and child-health measures as those who received food. But the food program cost at least 20 percent more to administer, and the cash program led to significantly higher non-food consumption by recipients. In other words: At less cost to the government, cash programs led to the same health outcomes as food-based programs, but also provided additional resources for recipients to spend on schooling, medicine, and transport.

This is not a one-off finding. In many cases, cash programs are simply much more effective than in-kind transfers at turning dollars spent into positive nutritional outcomes. A 2013 survey by Sarah Bailey for the Canadian Foodgrains Bank—involving Zimbabwe, Ecuador, Malawi, and Yemen, among other countries—found that cash transfers usually led to far greater increases in a “food consumption score” of dietary diversity and food frequency than did similarly priced food delivery.

Cash also has a larger multiplier effect. Bring food from elsewhere to an area, and the impact of that food stops with those who eat it. Give people cash and they spend it on goods provided by local farmers and traders, who are often poor themselves and benefit as well.

I know SNAP benefits aren’t precisely cash, but you can spend them like cash, and I’m guessing the results are the same. Shipping a box to recipients instead of letting them shape their own diets with SNAP money is bad governance, bad for the poor, and even bad for local economies.

Other than that, fantastic.