“Did anyone expect the flowering of non-realistic fiction by Mennonite writers? Suddenly, it’s a thing, and as a lifelong SF fan I’m delighted,” writes poet Jeff Gundy, who joins us today at Sixoh6 in our promotion of reading and books this month.

Jeff Gundy’s seven books of poems include Abandoned Homeland (Bottom Dog, 2015) and Somewhere Near Defiance (Anhinga, 2014), for which he was named Ohio Poet of the Year. His most recent prose book is Songs from an Empty Cage: Poetry, Mystery, Anabaptism, and Peace (Cascadia, 2013). His essays and poems appear in The Georgia Review, The Sun, Kenyon Review, Christian Century, Image, Cincinnati Review, Artful Dodge, and many other journals. He teaches at Bluffton University in Ohio and spent a recent sabbatical at LCC International University in Klaipeda, Lithuania.

Here are his picks:

Keith Miller, The Sins of Angels. Mystery begins with badly wounded angel discovered by detective—fascinating complications and characters in a densely imagined world, full of surprising turns. His earlier fantasy novels The Book on Fire and The Book of Flying are also rich and rewarding.

Christina Penner, Widows of Hamilton House. Set in an actual Winnipeg landmark, a ghost story and memorable love story with a twist that I didn’t see coming. No spoilers here!

Corey Redekop, Husk. The very best Mennonite zombie novel I’ve read—also the only one. It is a great read, though not for the faint of heart.

Sofia Samatar, A Stranger in Olondria and The Winged Histories. Linked epic fantasies on the imagined world of Olondria. Subtle and searching explorations of love, war, writing, gender, and religion, and swirling, lyrical prose to boot.

Andre Swartley, The Wretched Afterlife of Odetta Koop. Mennonite-flavored horror with a social conscience. The haunted house is based on the author’s childhood home in Hesston, Kansas, which he is firmly convinced is indeed haunted. 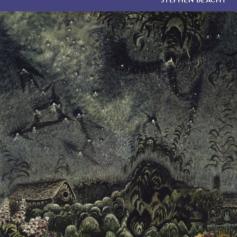 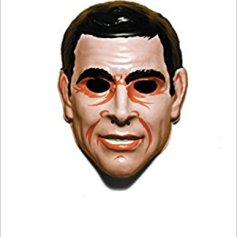 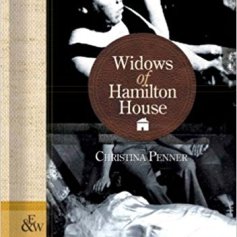 Above, books recommended by Jeff Gundy. If you’ve read them, tell us what you liked about them!