Artist Jesse Graber is the perfect candidate to share books with great pictures. A freelance illustrator living in Kansas City, Kansas, he has illustrated for McGraw-Hill, Scholastic, Oxford University Press, and Highlights for Children. He recently collaborated with Bethel College emeritus professor of physics Don Lemmons to illustrate Drawing Physics: 2,600 Years of Discovery from Thales to Higgs from MIT Press, which reviewers have called “a gem,” “delightful,” and “brilliant.” In addition to being a gifted artist, Jesse plays the fiddle and banjo (as you might be able to guess from some of his selections).

Jesse kicks off our month-long series of book recommendations from friends who read, write, illustrate, edit, publish, and promote literacy as part of their work.

Here is what Jesse is recommending and reading right now:

Drawing Is Magic by John Hendrix
A sketchbook with incredibly fun and compelling prompts. Good for a lifelong artist or someone who wants to start drawing. Beautiful to look at before and after you draw in it.

What it Is by Lynda Barry
This profoundly changed how I think about creativity, art, and inspiration, and is just about the most amazing thing ever. I’ve given this to lots of people.

The Unbeatable Squirrel Girl Vol. 1-6 by Ryan North and Erica Henderson
“I’m here to eat nuts and kick butts, and we’re all out of nuts.” More often than not, she just talks it out with super villains, but there is plenty of butt kicking. Wonderful storytelling for all ages. Just get it already.

Sundays With Walt & Skeezix by Frank King
Huge and expensive and beautiful. Gasoline Alley started as a wonderful midwest slice of life comic, not ha ha funny, but quiet, gentle humor and reflections on life. This collects Sunday strips from the 20s and 30s and prints them at their original size (BIG!) which allowed for some amazing layout and design that modern newspaper comics don’t have space for. It won’t fit anywhere in anyone’s house.

The Skeleton Keys by Spencer and Rains
This is a booklet with a CD of 17 traditional tunes and songs played by Tricia Spencer and Howard Rains. Each tune has a history and an illustration by Rains. Old-time music, not bluegrass. Any music lover would appreciate this, unless they’re a monster.

Don’t Go Where I Can’t Follow by Anders Nilsen
This is a sad one, folks. Give it to someone who’s heart you would like to break. Also funny and beautiful and life affirming.

Drama by Raina Telgemeier
A middle school girl coming of age story done so perfectly. All of her books are great for middle grade kids.

The Book of Genesis by Robert Crumb
Straightforward comics adaptation of that crazy first book of the Bible by one of our greatest pen and ink artists. As it says on the cover: “Adult supervision recommended for minors!”

Saga Book One: Deluxe Edition by Brian Vaughan and‎ Fiona Staples
Space fantasy for adults is an inadequate way to put it, but that’s what I’m going with.

How to Make Friends with a Ghost by Rebecca Green
Holy cow. Ridiculously charming and delightfully poignant children’s book for all ages.

Fowl Language: The Struggle is Real by Brian Gordan
Super funny and sweet and explicit comic about being a parent, but ducks.

Boats for Papa by Jessixa Bagley
A rare gem of a book dealing with the loss/absence of a parent. You wouldn’t think a beaver could make you cry, but you’d be wrong. 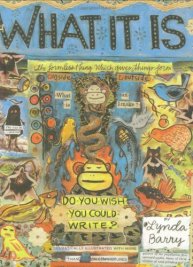 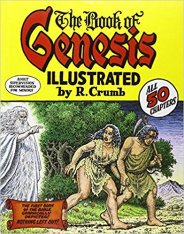 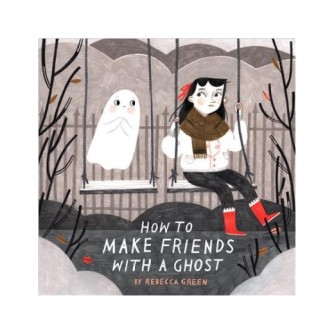 Above, Jesse’s suggested books. If you’ve read them, tell us what you think!