When “complicity” = “listen to women”

Last week Marshall, a movie about an early episode in Thurgood Marshall’s path towards the Supreme Court, arrived in theaters. His life brings general (white) awareness to many opportunities to rectify injustices.  I think it’s relevant to Joel’s responses to Hollywood’s big release the week before: the latest episode of “men in control of women’s lives do bad things to them” (Harvey Weinstein et al). 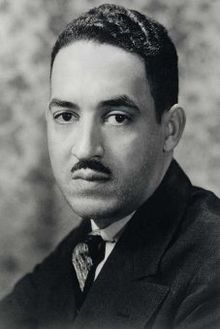 Above, Marshall, our first African American Supreme Court Justice, was the grandson of a slave. Prior to his appointment to the Court, he’d argued more than 32 cases there, including Brown v. the Board of Education of Topeka, Kansas, which recognized that “separate but equal” is “inherently unequal.” Of those 32 cases, he won 29.

I am grateful for the sisterhood that finally ended Weinstein’s reign of terror. I am also grateful for the male actors who have talked about assaults that use sexualized behaviors to say to them “remember, I own you.” It’s not about sex, it’s about power over others’ bodies.

We talk about the problems of putting boundaries on sexual behavior and increased racist attacks, behaviors exemplified in national leadership. We are puzzled that the block of swing voters in the 2016 presidential election were people like me: white middle-upper class educated church-going women. We like to dream of a country not troubled by race questions, safe for all children. The release at this time of Marshall, which focuses on Thurgood Marshall’s defense of a black chauffer in Connecticut accused of raping and then trying to murder his wealthy white employer, gently reminds us that these are still interlocking problems. If we insist the starting point is the safety of (our) white women and children, we have not entered the beloved community. The communal danger of sexual assaults is not that they are sins of lust, but that they are life-denying sins of pride and power.

Is this easier to see in other issues? What complicates relief for victims of sexualized war crimes–people who live in communities where everyone is hungry? What complicates advocacy for women kept in domestic slavery–women mostly unable to access help because they don’t have legal residency status? What’s the biggest challenge to “pro-family” missions into U.S. and Canadian reserves and ghettos–places where neighboring areas value lives less than cattle or cars? If we prioritize talk about sex over talk about power and privilege, we mess up.

The loudest protests against non-heterosexual relationships seem to happen in the same circles that struggle to challenge heterosexual pedophiles. That’s not coincidence. It’s not about sex, it’s about keeping closed the circle of who holds power.

When our white daughters put in the work to hold colleges accountable to Title IX, they are sometimes told to note their relative privilege and not distract from racial equity efforts. This argument only lasts as long as you can believe that minority students are assaulted less often and need less help accessing protection. Wouldn’t privilege look more like our white daughters using their resources for themselves and ignoring the problems of those who have less access to power? It does get uncomfortable when our children start using their own analyses of power.

This is NOT an issue of compartmentalizing attacks on women.  Marshall starts with both men and women upholding the account of a woman’s assault. Thurgood Marshall is on the other side. I’m not spoiling any suspense by noting that it’s about a case of a black man unjustly accused by a white woman.

This still happens, all the time. Yes. It’s another side of “the talk” many African American boys get as they attempt to maneuver our white supremacist culture. They can get lynched just as quickly for being accused of making a white woman uncomfortable as they can for “frightening” a cop. White discomfort triggers disproportionate violence, even when the complainant isn’t aware of the racist way it plays out.

I participated in racism when I didn’t challenge the priorities of my sisters in the church as they approached the ballot box: the violence of the regime closely follows their priorities. All the actions in D.C. that bother me have a common goal of clarifying power. Some are directed against women, some excuse whites or empower the wealthy. I can’t isolate women’s issues.

It’s not about protecting the women, folks. It’s about recognizing that naked power is the real danger to us all.

Deb Bergen is a child psychiatrist in West Virginia (where she listens to the survivors of the opioid epidemic and capitalist oppression), mom of 2 young adult children (who have taught her wiser ways of listening), wife of a pastor/Old Testament prof (who listens to and sustains her), dual citizen of Canada and U.S. (doubled opportunities to learn White history).