The story of the rape of a minor child in Rockland, Maryland by two minor students, both undocumented immigrants, is repulsive. The girl, 14, was pulled into the boys’ restroom in what the boys, both 17, said was a consensual sex act; their attorneys have said that a previous conversation, including the exchange of explicit photos, proves that the act was consensual. (In fact, this is not how consent works. Consent isn’t given the day before but the moment of.) And, according to Maryland law, a sex act involving a 14 year old is never consensual because people under age 16 cannot give consent. You might not like that law, but it shouldn’t be a surprise to two 17 year old boys.  It will be for the court to figure out of this non-consensual sex act was rape or something else.

In the meantime, parents at the school are asking why the school included undocumented students. I’m wondering why in the world they care. (I’m wondering this specifically as I dig up my youngest child’s birth certificate, which I’m required to show when I register him for kindergarten. Would the state prefer that non-citizen children not go to kindergarten?)

Immigrants, both legal and illegal, have a much lower incarceration rate than the native-born populations. (And, to really drive home the point, I’m citing stats from the CATO Institute on this one.) The data supports the theory, which is that undocumented immigrants face much stiffer consequences for criminal behavior, so they avoid it. What is a speeding ticket for me is deportation for them.

Above, Flora’s suicide in The Birth of a Nation, D.W. Griffith’s 1915 racist propaganda film promoting the KKK as a defense against imagined black violence. Young Flora bravely kills herself–a fate better than rape by a black man, played by white actor Walter Long in blackface.

Joel lays out some of our (white people’s) long, ugly history of violence against people of color (especially black men), justified by fear or or punishment for crime, especially against white women. Narratives of sexual conquest, sexual ownership, and the patriotic duty to protect (white) women are central elements in our most enduring national myth: that white men must beat back people of color in order to protect the world from declining into chaos and disorder (which is to say, women but especially racial minorities having power).  They use sexual violence as both a strategy and a justification in this endeavor.

As a white woman, here’s what I’d like white men so concerned about women’s sexual safety to do:

Really, it’s not complicated: stop raping, ignoring rape, encouraging rape, or dismissing rape. If you want to do more, look for places where rape is more likely to occur: the military, fraternity houses, and high school, college, and professional athletics teams. 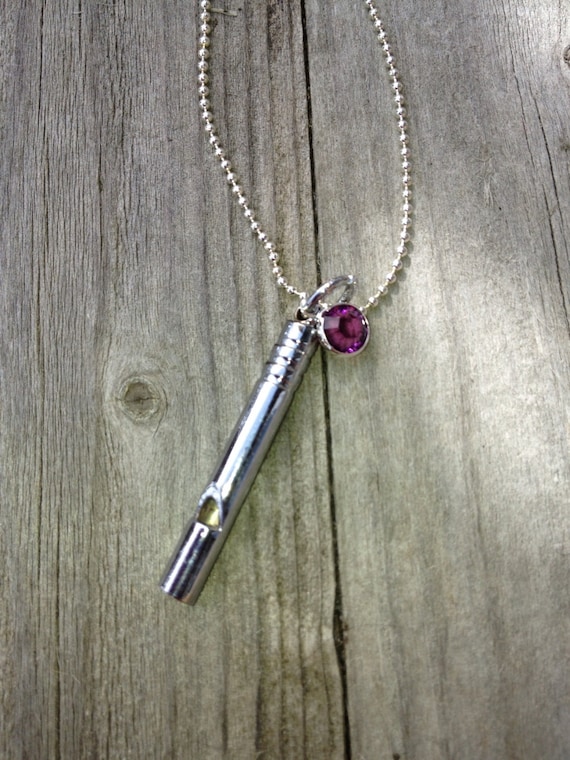 Above, a stylish silver rape whistle on a matching chain, available for $21 on Etsy. It comes with a “stunning Swarovski birthstone drop charm,” so you can personalize your rape defense system. Or buy several charms to coordinate with your closet!

Oh, prefer not to look at how such cultures contribute to sexual violence against women? Then perhaps what you really care about is maintaining white power to dominate men of color and not women at all.