Here are the rules for posting to the discussion board of Stormfront, a white nationalist website that, at its height, wasn’t just the most important white supremacist site online but one of the world’s most popular websites period. It currently boasts of having 10 million posts in its various forums. Read carefully to see how white supremacists think they should interact with each other online:

Above, the “guidelines for posting” on Stormfront, posted by founder Don Black, who stands, in the photo accompanying this post, before an image that includes a Confederate flag.

First, you’ll note that Stormfront defines itself as a source for information “not available in the controlled news media.” Notably, they don’t use the derisive term “mainstream media” (MSM) that other right-wing websites do. Instead, “controlled media” refers to the idea that there is a secret, unidentified group of high-powered actors controlling the news. They don’t say the word “Jewish,” but that’s the implication. Any time you see or hear the words “international conspiracy,” “one-world government,” “New World Order,” “controlled,” or “George Soros,” understand that the implication there is anti-Semitic.

No profanity. No racial epithets. No attacks against other White nationalities. No debates about religion unless you are in a religion forum. “Make an effort,” the moderators ask, “to use proper spelling, grammar, punctuation, and capitalization.” Don’t use ALL-CAPS.

The guiding principle is that the posts to this racist website should be “civil and productive.”

A website that promotes legal segregation, Holocaust denialism, and an aggrieved sense of white victimhood thinks that its posters should be polite. It almost seems like a joke.

But it’s not, of course. Martin Luther King knew that politeness was a weapon of whiteness as much as firehoses and police dogs.

For three decades, those of us who study hate have warned of the normalization of white supremacy. For a generation, white supremacy movements have discouraged the outright display of traditional symbols of white supremacy, encouraging followers to instead embrace an aesthetics that allows them to fit into mainstream society. Fewer swastika tattoos on their necks. New symbols, ones that could be interpreted ambiguously, appeared instead: the Iron Cross, the “white power” hand signal, which could be an “okay” sign if you needed to deny your meaning, Pepe the Frog. More symbols you could dismiss as humorous or ironic; if you didn’t, you could be accused of being a triggered snowflake making a big deal about nothing. Drop the skinhead look and adopt the “fasci” haircut–handsome and masculine without looking like you were ready to curb stomp an immigrant unlucky enough to encounter you in a back alley.  Get married and stay married, raise kids, get a degree, work a real job. Join the military or the police and secure the respect of every day people. Don’t masturbate. Stop being a bunch of rowdy street-level criminals and gain access to real power. Learn when to use your and you’re and there, their, and they’re. Look educated. Represent your white race with pride. Be respectable.

And don’t talk like a racist. Make it hard for people to accuse you of racism by not using racial epithets. Use words like “welfare queen” and “illegal” instead.

Be civil and productive, as Stormfront demands of its posters.  In fact, focus on the positives of your ideas (“White culture is a valid form of culture and should be celebrated!”) rather than the bad (indigenous genocide, slavery, the Holocaust). Appeal to values like patriotism and family.

We see the success of this normalization strategy everywhere: in the “both sides” explanation of white supremacist violence in Charlottesville two summers ago. In our collective inaction to free children separated from their asylum-seeking parents on the border and stored in cages, like kenneled dogs. In any second of airtime given to Donald Trump. We treat white supremacy like it’s normal because we didn’t recognize that it rarely wears a hood or carries a noose any more.

Stormfront doesn’t claim to be a white supremacist website. It calls itself a white nationalist one instead. Stormfront calls itself a website for those “who support true diversity and a homeland for all peoples, including ours.” No wonder, then, that we had a spate of hate flyers proclaiming “It’s okay to be white” on college campuses recently, followed by a denial that they were racist.

This obfuscation is how “proud white nationalist” Steve King gets to Congress. 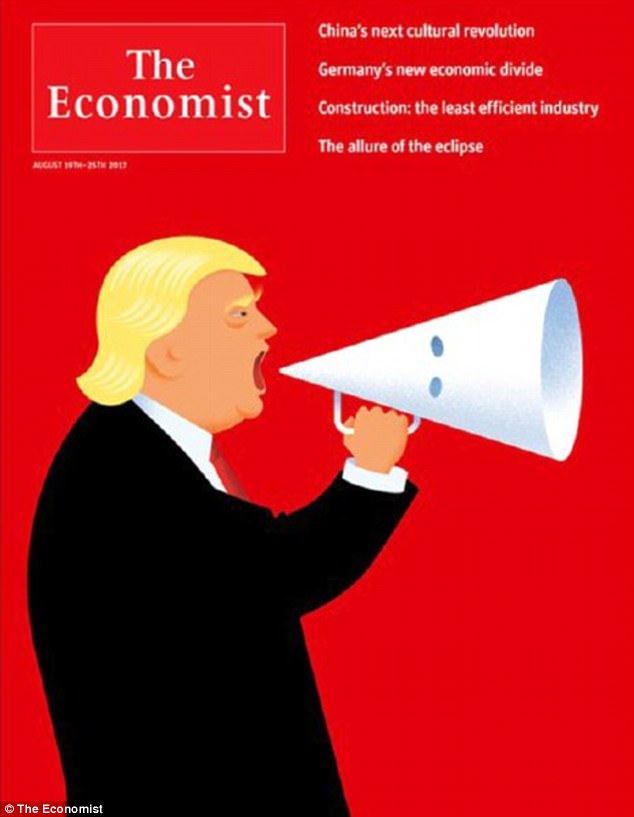 Did you think that the comparisons between the modern GOP, as exemplified by Donald Trump, and the Klan or Nazis was “too much”? That is the hope of the neo-Nazis and Klansmen repackaging white supremacy.

Cloaking white supremacy in new terms doesn’t make it less hateful, just more palatable to white moderates who want to appear reasonable and avoid conflict with their relatives at the holidays.

PS. What about the Stormfront rule that you aren’t to talk about religion except in religion forums? The contemporary white nationalist movement is oddly religiously diverse, though it remains virulently Islamophobic. Some elements of it is admire Jews and Israel for setting up an ethno-state, but anti-Semitism remains at its core, even as some Orthodox Jews join it. Catholic, Orthodox, and Protestant contingents remain strong, but there are also currents of it that are explicitly anti-Christian, seeing the religion as too close to Judaism, and anti-religious more broadly. Still other participants are neo-pagans. In order to focus on their shared goals of white supremacy, many white supremacist organizations downplay religion. This “big tent” philosophy makes the white supremacist a weirdly religious inclusive movement. Check out Damon Berry’s Blood & Faith for more.

PPS. Thanks to my friend Andrew for raising the question that inspired this post.