At one point does ‘resistance’ mean we actively choose non-cooperation with government? 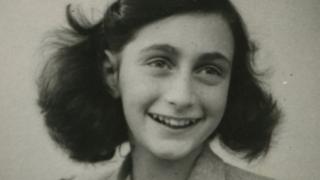 Perhaps you saw this gut-wrenching story in the Washington Post: An immigrant girl from Honduras escapes from the Florida detention center where she’s being held, takes shelter in a nearby automotive shop, and, weeping, refuses to come out from her hiding place among the tools.

The owner flagged down a police officer, who returned to detention.

Gonzalez said the Homestead police spoke to the girl in Spanish and treated her girl gently, but she was afraid.

“She said, ‘Please don’t punish me, don’t touch me, don’t hold my hand,’” he said. “They put handcuffs on her, but not like a criminal, like a human being.”

Would you do the same thing?

Even in these times of resistance, there is a tendency to treat government as though it is governing in normal times and observing normal moral rules. But perhaps that’s the wrong approach. Perhaps it’s time for “the resistance” to mean something more than marches, for “sanctuary cities” to work actively at offering sanctuaries.

Perhaps it’s time, when confronted by a 15-year-old girl sobbing as she flees immigration authorities, to take her into hiding. To find somebody equipped to help her. To do anything but call the police.

We – well, we white people at any rate – tend to treat government like it’s there to do good in our communities, create order and keep us safe. Even folks who gripe about OSHA as representing some sort of tyrannical overreach are quick to call the cops when they run into a tricky situation. That’s natural: Even the Declaration of Independence – a revolutionary document if there ever was one – acknowledges this:

Prudence, indeed, will dictate that Governments long established should not be changed for light and transient causes; and accordingly all experience hath shewn that mankind are more disposed to suffer, while evils are sufferable than to right themselves by abolishing the forms to which they are accustomed.

When comes the point where you refuse to call the police? When you decide to hide a person from authorities? Especially when you know it could end up with you facing consequences of some sort?

When do you decide that sobbing 15-year-old girl might be the 21st century version of Anne Frank – or close enough, at least, that you have to invert the usual way of doing things?

If you think Trump’s parent-child separation policy is immoral, maybe then.

If you think the stories of child sexual abuse emerging from detention centers are too widespread for those centers to be trusted, maybe then.

Trump and his folks aren’t Nazis, in the sense they’re not committing genocide. So the Anne Frank reference is probably going to trip some people up. So let’s just say this: There are moral wrongs that require resistance, and the threshold for deciding those wrongs require resistance is considerably short of genocide.

Truth is, I don’t know what to do. If there’s an underground railroad designed to assist such refugees, I’m not aware of it. Contact a church? The ACLU? We’re at a stage where we each have to make our own choices – about what you would do, about what you’re capable of doing, should the moment present itself.

No, it’s not likely that a young immigrant girl will appear in your home or workplace, begging not to be sent back to authorities. But it’s no longer a zero-probability chance, either. Now’s the time to decide.