The profanity of American Evangelicals* 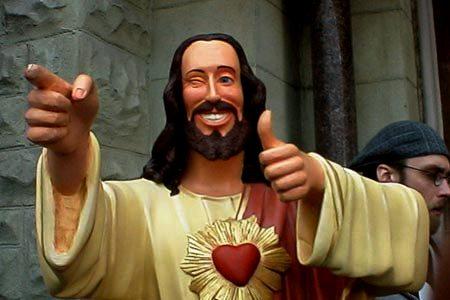 What matters here and now is securing a president who will achieve positive results, regardless of his personal foibles. If President Trump is achieving goals evangelicals find desirable (and that conservatives should find desirable), why ought they to care overmuch about his personal failings, whatever they be? Trump was elected president of the United States—not pope or saint-in-chief.

In addition, Trump has gone to work dismantling Leviathan: the administrative state. And his administration has achieved much else besides. What more could a conservative—or evangelical, for that matter—ask for?

Read the whole piece, and then ask yourself this question:

Does it reflect, at all, the notion that Evangelical Christians worship an eternal God?

While you’re reflecting on that, check out the final paragraph of the post:

Evangelicals have latched onto Christ’s command to be “as shrewd”—and one might add “as tough” or “as ruthless”—“as snakes” with good reason. Whether such a move ultimately cashes out in their favor remains to be seen.

This is what Matthew 10:16 actually says:

“Behold, I send you forth as sheep in the midst of wolves: be ye therefore wise as serpents, and harmless as doves.”

Listen: I know liberal Christians can also substitute temporal goals for eternal ones: It’s a bipartisan problem. But this piece treats American Evangelicals as merely another political interest group; any notion of God or of having higher — or even different — standards than what exists in American politics is non-existent. And in American politics, the only real value is winning.

The AmGreatness piece is, in the most literal sense, profane.