Some breaking news we’re going to be talking a lot about, I suspect: A Kansas Mennonite is suing the state over her right to participate in a boycott of Israeli goods.

The issue is complex, but here is the quick version: Kansas law, like laws in twenty-other states, prohibits the state from entering into contracts with individuals or companies that participate in the boycott of Israel. Koontz, who is a friend of mine and someone I respect very much, is an outstanding public school teacher in Wichita who also works as a teacher trainer. When she recently went to sign her contract to serve as a teacher trainer, she was confronted with a requirement that she sign off on a statement that she’s not participating in a boycott of Israel. 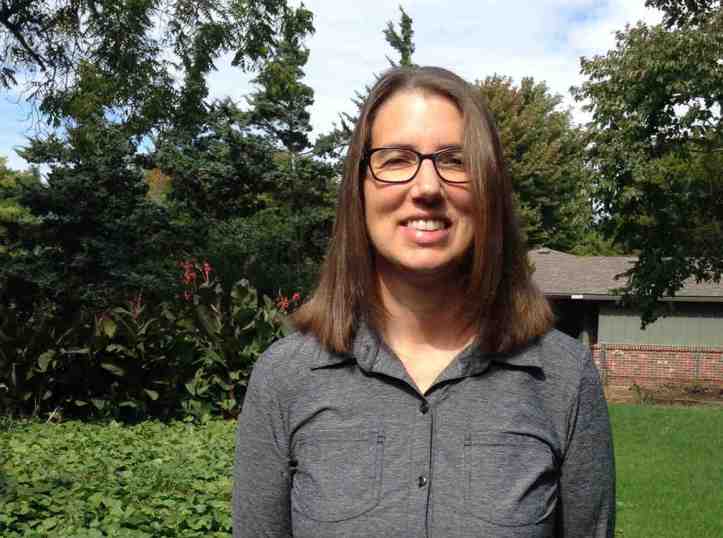 Above, Esther Koontz, who is bringing a case against the state of Kansas for its demand that she sign a pledge that she won’t participate in a boycott of Israel.

Esther Koontz can’t in good conscience do it. She’s a member of a Mennonite church, and her husband is a pastor. MCUSA decided at this summer’s convention to sell its assets in contested areas of Israel-Palestine. The United Church of Christ has made a similar move.

But the issue isn’t just Mennonites’ interest in peace and human rights. There is also the issue of free speech, which is the ACLU’s angle. Shares Esther:

“You don’t need to share my beliefs or agree with my decisions to understand that this law violates my free speech rights. The state should not be telling people what causes they can or can’t support….I’m disappointed that I can’t be a math trainer for the state of Kansas because of my political views about human rights across the globe.”

The central argument here is that the state can’t use its power to mandate that we engage in particular kinds of speech–or punish us for participating in others. It’s not hard to understand. We have the right to use our voices–and our voice includes our political support for BDS–without losing our ability to work for the state. We don’t have to sign loyalty oaths to the US–and certainly not to a foreign country.

The case, Koontz v. Watson, was reported in the Washington Post, and it will likely earn Esther–as well as her church–hate mail and accusations of anti-Semitism that will hurt them.  I’d encourage our readers who support the right of individuals to exercise their religious conscience even through economic boycotts to write to your state representatives (especially if you are in Kansas); donate to the ACLU, which has taken up this case; and keep Esther, her family, her co-workers, and her church in your prayers.

And if you are in a similar position as Esther, consider how else you might be able to show solidarity with her.

PS. Kansas used to require that state employees sign a loyalty oath to the state, too. It was a bad idea then–and the courts called it unconstitutional. I’m hopeful we’ll see a similar outcome here.