For a little perspective: Read

Everything feels shitty this week, right? Like we’re at the end of the world and nothing will ever be good again?

It especially feels that way, I suspect, if you marinate — as I do too much — in the tidal waves of political rage that define much of Twitter and Facebook. But I have a solution to this: Read. It can help one regain perspective.

I’ve been reading Rick Perlstein’s “Before the Storm: Barry Goldwater and the Unmaking of the American Consensus,” which is turning out to be handy as a guide to the roots of our modern politics, but also to realize that while history doesn’t necessarily repeat itself, it very often does rhyme.

The “deplorables” have always resented the elites:

Conservative leaders tend to resent compromise or negotiation of any sort: 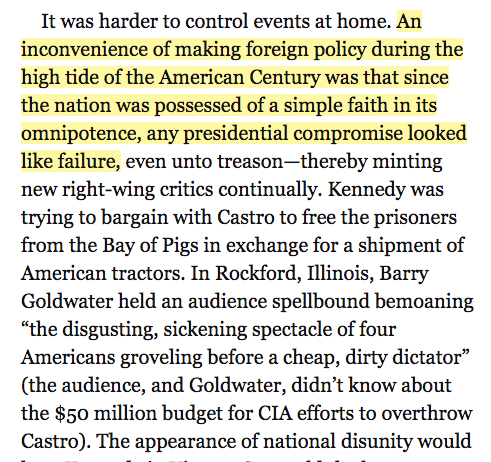 And Americans are always arming the shit out of themselves to ward off tyranny, with the side effect of terrorizing the rest of us. 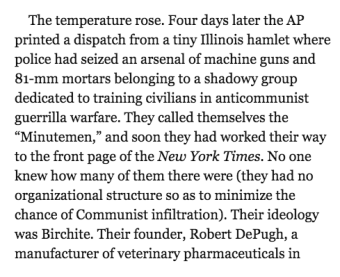 There’s more — and hey, I’m only a quarter of the way through the book — and while it’s all kind of terrifying, it’s also weirdly comforting: There’s little that’s new in our troubles. Mostly we survived. Which means we can do it again.

Reading might not save us. But at least we’ll die with a head full of facts and stories.