Theories of Evangelical Support for Trump: The Sunk Cost Fallacy

In this short series, we’re examining why white evangelicals continue to support Donald Trump. Today’s theory is a the sunk cost fallacy.

We’ve all experienced sunk cost fallacy. You own a car that isn’t worth repairing, but you don’t have the money to buy a car that won’t need repairs, so there you are, shelling out another $1000 for a car worth $1000.

Or you’re in a romantic relationship where you are not treated with respect or kindness, but you don’t want to let it go. You’ve put a lot of effort into trying to make this work–sacrifices of your career, your finances, maybe even what you wanted your family to look like. And you’ve skipped dating a lot of other, possibly better, men because you were working so hard on this relationship. If you break up now, all that effort and sacrifice is wasted.

You set off a generation-long war in a nation that didn’t have weapons of mass destruction. Now that you’ve disrupted the politics of the entire region, you can’t just walk away, leaving a power vacuum. But you have no idea what to do, so you keep on fighting a pointless war.

The term for this is sunk cost fallacy: treating the sunk (unrecoverable) resources you wasted on something unsuccessful as a factor in future decision making. Sunk costs are unavoidable in life. You buy a car, and as soon as you drive it off the lot, it’s decreasing in value. Sometimes, they are just hard to avoid: that boyfriend looked like a good match but it turns out he was just a good liar. And sometimes, they are entirely self-inflicted (See: War on Terror).

A sunk cost becomes a fallacy when you refuse to accept that you can’t recover the costs (money, time, missed opportunities) of your choices.

For white evangelical voters who voted for Trump, by now it should be clear that the man is a disaster on many of the very issues that they said they’d vote for him: While he’s appointed a lot of conservative judges, most of his other promises–a wall between Mexico, a return of jobs to the US, untangling ourselves from the Middle East, tax reform to benefit everyday people, establishing the US as a leader on the global stage–are unmet. (This is because, most of the time, he had no intention of keeping them because keeping them did not profit him; in other cases, he is just such an incompetent leader that he can’t perform the job of executive.)

But how do you say that now, when your children hate you and it’s becoming quite likely that he won’t win re-election and someone has definitely taken a screenshot of your more racist, xenophobic pro-Trump Facebook posts to remind you of what an asshole you were?

You don’t. You double down. 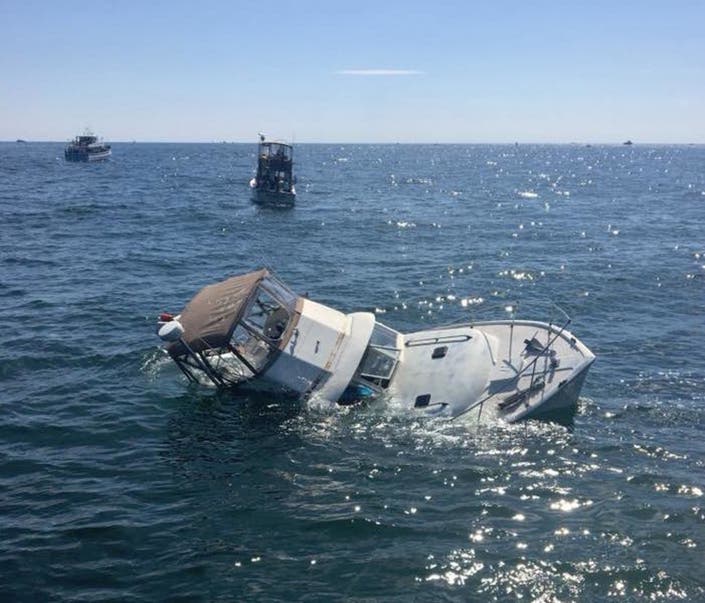 If you are on a sinking ship, don’t waste time bailing water. Get off, get to land, and expect the rest of us to laugh at what a fool you were. Then get to work righting what you did wrong.

You find excuses for his failures (Congress, though he controlled both houses and still wasn’t able to build a wall).

You revise what he said to mean something else. (He’s building a metaphorical wall!)

You insist he deserves special grace. (He gets a do-over for his first term.)

You find things he did do and elevate them, no matter who minor they might be. (He gave his paycheck to charity–while violating the emoluments clause the whole time.)

You keep sinking your reputation–and the reputation of your faith–because you can’t understand how to let go of a bad decision.