Ted Jelen makes this argument in ““Evangelicals and President Trump: The Not So Odd Couple,” a chapter published in God at the Grassroots 2016: The Christian Right in American Politics. He argues that

social identity tends to promote both positive attraction to the in-group and negative assessment of the out-group. Partisanship conforms to this dynamic by acting as a perceptual screen, coloring individual opinions. So even if Trump was flawed, he was by virtue of being a Republican assumed to be closer to evangelical values and norms. Both his ethno-nationalism and his outreach were acceptable because they came with a partisan label that was deeply embedded in the consciousness and culture of evangelical Protestantism. (25)

In other words, white evangelicals were either going to defy their identity as conservatives who vote Republican and vote against Trump, or they were going to defy our expectations that they vote in a way that aligns with their professed morals and vote for him. We know how that went. 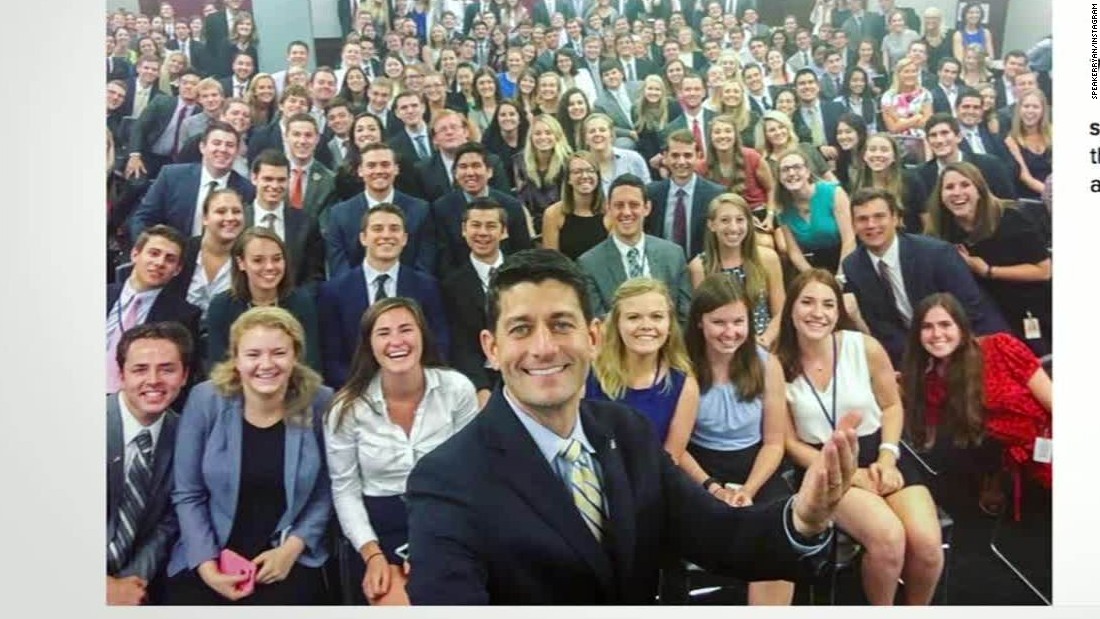 Above, a photo of the Republican interns, with former House Speaker Paul Ryan at the center. 48% of Americans born after 1996 are people of color, but nearly 100% of young Republican interns are white. It’s not merely race, of course, that holds this group together. Republicans typically vote Republican–even if that means voting for a terrible human being and an ineffective leader.