By now, maybe you’ve seen Senator Mike Lee’s (R-Utah) incredibly unfunny attempt to mock the Green New Deal. Like, painfully unfunny, and also a reminder that conservatives are rarely funny because they are cowards who punch down.

You can find the whole unfunny thing at the Deseret News, the LDS newspaper of Utah.

But, more important than Mike Lee’s lack of humor, repetition of the lie that the GND bans airplanes or cows (ideas that he knows his base is sucking up from the garbage news sources they follow), or decision to waste his colleagues’ time with this performance is his racism.

Lee proposes that the solution to climate change is more people.

You don’t have to be a hardcore Malthusian to question the wisdom of that advice. Though it’s not clear that Lee believes in climate change, given that he mocks the idea of a tornado in Utah (One ripped through our neighborhood here three years ago. Ironically, after more than a decade in Kansas, this was the closest a tornado has come to my home.) and ignores that threats of drought, fire, and air pollution, all of which hurt Utahns, his speech takes a serious (if hard-to-believe) turn at the end:

The solution to climate change won’t be found in political posturing or virtue signaling like this.

It won’t be found in the federal government at all.

You know where the solution can be found? In churches, wedding chapels, and maternity wards across the country and around the world.

This, Mr. President, is the real solution to climate change: babies.

And problems of human imagination are not solved by more laws, but by more humans!

American babies, in particular, are likely going to be wealthier, better educated and more conservation-minded than children raised in still-industrializing regions.

As economist Tyler Cowen recently wrote on this very point, “by having more children, you are making your nation more populous — thus boosting its capacity to solve (climate change).”

Finally, Mr. President, children are a mark of the kind of personal, communal and societal optimism that is the true prerequisite for meeting national and global challenges together.

The true heroes of this story aren’t politicians or social media activists.

They are moms and dads, and the little boys and girls they are, at this moment, putting down for naps … helping with their homework … building treehouses … and teaching how to tie their shoes.

The planet does not need us to “think globally, and act locally” so much as it needs us to think family, and act personally.

The solution to climate change is not this unserious resolution, but the serious business of human flourishing — the solution to so many of our problems, at all times and in all places: fall in love, get married and have some kids.

Lee’s solution is that American kids–who because of the richness of our nation, are better educated and already have a ton more consumer goods than kids in poor nations–will innovate against climate change. I agree with that. Unfortunately, we don’t have time to have babies and educate them before the worst effects of climate change will be here. We’re already experiencing climate change effects. And there are plenty of smart Americans today who are screaming and yelling that we have to act NOW. The innovations are already there–and the GND outlines some of them. But it’s people like Lee who fight against their efforts. If he doesn’t believe the scientists of today, why would he believe the ones of tomorrow? 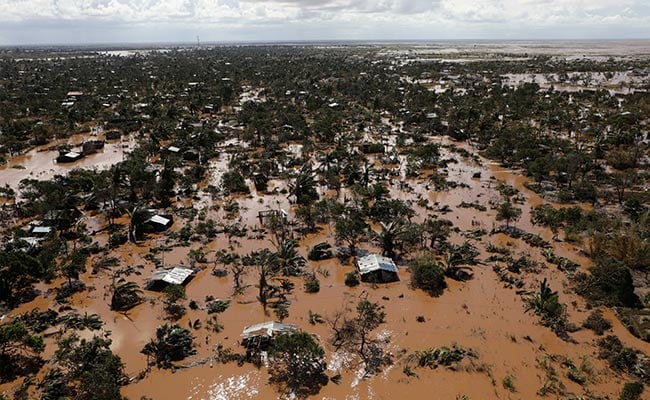 In the meantime, nearly 800 people, half of them children, are dead in Mozambique. We can only expect more famines, droughts, floods, and other catastrophic consequences of climate change that will, in the early stages, disproportionately affect people already on the margins. The survivors will be orphaned, vulnerable to human trafficking and sexual violence. Lee’s solution is more American kids–and let the brown and black kids drown while we make future scientists over here in America.

Not take the people we already have and invest in them. Lee doesn’t mean that, as his voting record shows.

If Lee opposes investment in American children, despite his claim that babies are our future, what motivates him? Maybe the more than $250,000 he’s received in donations from oil, gas, and coal?