We’re talking about Arkansas, the state that celebrated Robert E. Lee Day on the same day as Martin Luther King Day until just 2017. (Why? Not because Lee has anything to do with Arkansas or because he shares a birthday with King. Only because adding Lee’s  celebration of King’s birthday was a way to say “f*** you” to the federal government that mandated honoring the fallen Civil Rights hero.)

King was assassinated in Memphis, right at the Arkansas-Tennessee border. (Indeed, West Memphis is in Arkansas.) I say that as a reminder that King was murdered as he was trying to fight for racial and economic justice specifically for people living on the Tennessee-Arkansas border.

When given the opportunity to honor the legacy of King by voting in support of the Poor People’s campaign, a reinvigoration of the work that King was doing when he was murdered, Arkansas legislators chose not to. Representative Joyce Elliot, a black Democrat from Little Rock, sponsored the legislation, which passed a voice vote but not a more formal vote. Republican state legislators opposed it,  arguing that Martin Luther King’s vision didn’t address “systematic racism,” police brutality, or “Christian nationalism,” which are central concerns of the contemporary Poor People’s Campaign. 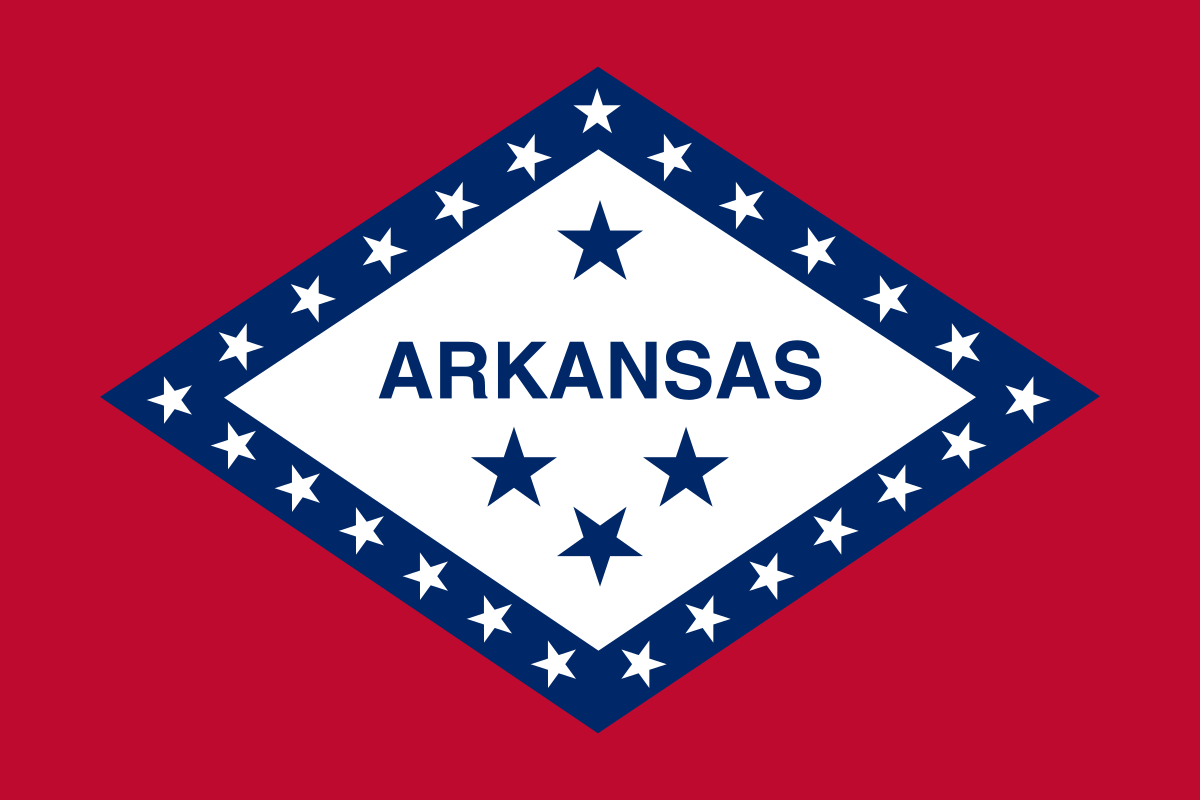 Above, the Arkansas state flag. The diamond shape in the center alludes to the state’s status as the only diamond-producing state. The 25 stars represent its status as the 25th state. The three stars below the state name refer to France, Spain, and the US, which ruled over the area at different periods. The single star about the name references the Confederacy. And the whole use thing alludes to a deconstructed Confederate battle flag.

While I don’t want to give too much credit to Arkansas’ Republican legislators, I think that they do know that King stood against racism, militarism, and the exploitation of the poor. I think that they know that police brutality was a vital concern of people who found themselves facing attack dogs and firehoses. And I think they know that King was in Memphis in order to address the systematic racism and classism that kept low-paid workers poor. I bet that they know he was disgusted by white Christian America’s war in Viet Nam. I don’t think that they learned this in Arkansas’ schools, though. I think they learned it as part of the racist lessons they learned about why King was a too radical. That is, these facts about King, which most of us think as good things, they think as bad ones.