Should you bring your gun to church? 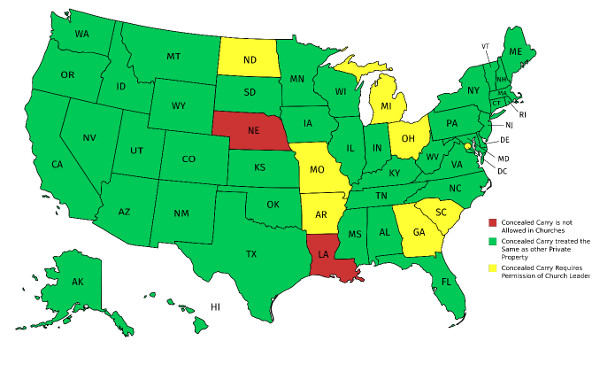 This is as offensive to the sanctuary of the church as was Sarah Palin’s comparison of water boarding torture to baptism.

But, for today, I want to share some good reasons why it’s a bad idea, practically, to bring a gun to church.

All of this means that you are far more likely to kill someone you know and love–a member of your Sunday school class, the teenager being baptized today, the baby girl sitting in the row in front of you–than to kill someone who is a danger to you or others.

Every speck of data scholars have ever collected on this issue makes it very clear: you are in greater danger with a gun on your person than you are without it.

When you choose to bring a gun into a church, you are telling your co-religionists that you are willing to take risks with their lives because you believe that you are superior to the statistics. That’s not a decision you should get to make on their behalf.