What is Mitt Romney Doing?

I tend toward #4. Romney is far more polite that Trump, and I’d vote for him any day to teach a class on comportment. I bet he’s a good dance partner and a kind grandpa. He knows all the stanzas of the national anthem, which isn’t my thing, but I admire his commitment.

But he’s also deeply classist, and I don’t just mean his support of dressage. (I get it–dressage helped Romney’s wife manage her MS. That’s cool, but it’s still an expensive form of therapy. Wouldn’t it be neat-o if we had a healthcare system that allowed all people with MS to receive treatments that made sense for them? Hint: This is one reason why Obama beat Romney.)

I mean the way he despises people too poor to qualify to pay federal income taxes, even as he sought to the favor of a man who thinks that paying taxes is for chumps.

And he’s racist, either personally or opportunistically as a political strategy, but that difference is irrelevant at this juncture.

He’s racist toward African Americans. During his 2012 presidential bid, he invoked Reagan’s “welfare queen” stereotype of poor people of color by reminding an overwhelmingly white audience in Montana that the black audience he addressed the previous day in his talk to the NAACP mostly wanted “free stuff” from the government.

And he out-Trumps Trump on immigration. During this fall’s Senate race, he bragged that he was more of an “immigration hawk” than Trump is. I am not even sure what that could mean. A higher, more expensive wall? A moat with alligators in it on the other side? Locking Honduran children fleeing violence in their homeland in cages BEFORE they set off on the dangerous journey north rather than waiting for them to get here and locking them up? 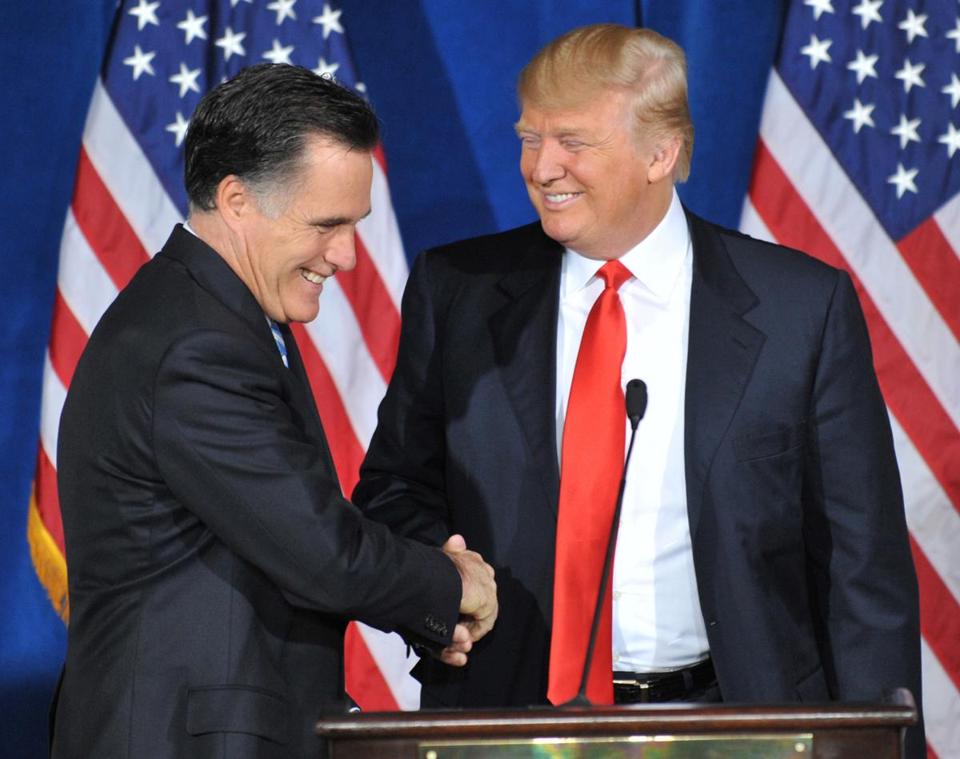 Above, the super-rich son of a super-rich father who ran for president but lost the popular vote resoundingly, he was the first presidential candidate to refuse to release his tax returns, likely because he exploited byzantine accounting laws to stash money in shady offshore accounts and thereby avoid paying taxes, which is for idiots who don’t know how to hide their money. Despite having extended family that is foreign-born, he’s draws a hard line against immigration. Steeped in a subculture marked by deep anti-black racism and protected from reality by immense family wealth, he continues to deploy racism and classism to rally his base of voters. The other person is Donald Trump.

I get it that we’re not supposed to expect Republicans like Romney or Jeff Flake or Bob Corker to not vote for the conservative policies that Republicans stand for. But I think we should be able to expect them not to say racist, classist things when what Romney attempted to call Trump out on was saying racist things.