How bad is our hatred of children of color? Immigrant babies? Ones born to Muslim parents?

We tear gas them. We separate them from their parents. We lock them in cages.

And, before they are even born, we stress their mothers so badly that these women are at increased risk of pre-term birth.

That’s the findings of Nancy Krieger, Mary Huynh, Wenhui Li, Pamela D. Waterman, and Gretchen Van Wye, who shared their findings in a paper in Journal of Epidemiology and Community Health. Titled “Severe Sociopolitical Stressors and Preterm Births in New York City: 1 September 2015 to 31 August 2017,” their paper reports that pre-term labor increased with Trump’s rise to power. Turns out that women maybe don’t respond well, in terms of our health or our fetuses’, to the election of a man who brags about sexual assault.

More notably, the highest increase were among women born in Mexico and Central America.

Trump-inspired xenophobia is linked to babies being born too early.

Not exactly pro-life, is it? 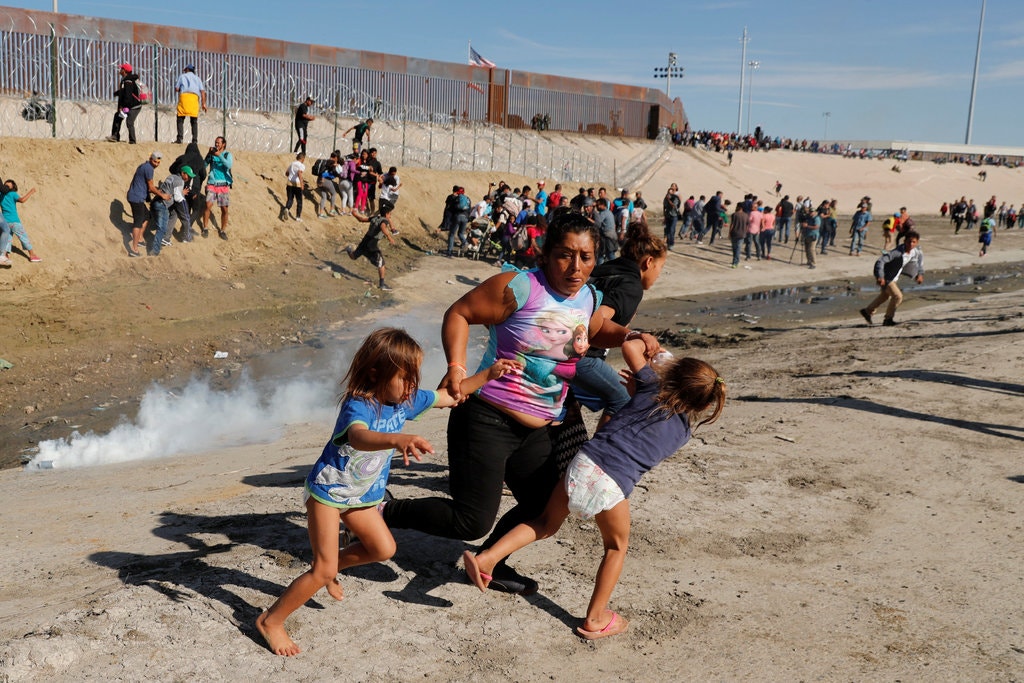 Above, a woman and her children, still in diapers, flee from tear gas fired upon them by the United States as they attempt to enter the US. These are the images that terrorists use to paint the US as exactly what we are: a nation that will kill children to protect whiteness. Photo by Kim Kyung-Hoon/Reuters

But don’t think this is just Trump, please. It’s part of a larger, deeper effort to harass immigrants out of America. Nice Republicans, like soon-to-be Senator Mitt Romney, have also advocated for “self-deportation”–a method of removing immigrants by making their lives so miserable that they choose to return to Honduras or Haiti. This is also the preferred method of white nationalists.

Remember: this is not about border security or American jobs. It’s about building a white nation.

“What they really say is, let them die,
and the children too.”

*Overwrought? Not at all. Separating children from capable parents is an act of genocide. Tear gassing babies is an act of chemical warfare.