Gaslighter of the Day: Marco Rubio

That was Marco Rubio yesterday, at a press conference in which he announced, as you might expect from his clear-eyed assessment of the testimonies of Dr. Christine Blasey Ford and Brett Kavanaugh, that he will promote values of compassion, restraint, humility, and deliberation by voting against the confirmation of Kavanaugh to the bench.

I’m teasing, of course. I mean, Rubio did say all those things. He made a lovely speech in which he showed us that there were two sides to this story: Kavanaugh, who is a son and father and husband, and Ford, who is a woman “clearly… dealing with deep pain and anguish” (that is, she’s crazy). He paired up a bunch of opposing points (compassion v. ruthlessness, restraint v. impulsiveness, etc.), and somehow, he saw them in Kavanaugh. It’s a special kind of googles, I guess, that lets you look at Kavanaugh and think, “Here’s a man who’s sober and impartial as a judge.”

In fact, Rubio went further, saying that after the hearing, he had “no independent corroboration” (which makes sense, since that was not the goal of the event) for Ford’s allegations, which, anyway “are at odds with everything else we have heard about his character.”

Everything else we have heard about his character?!?! His character was on fully display, and it was gross: petty, vindictive, careerist, raging. He looked unhinged.

Rubio’s speech echoes the warning in Isaiah 5:20: Woe to those who call evil good and good evil! Then he promptly does that by saying he’ll support Kavanaugh’s nomination.

In fact, he is basically compelled to do so:

Especially since voting against Judge Kavanaugh would no longer be simply a rejection of his nomination, but an endorsement of the serious allegations against him.

Yes, somehow, between calling for more civility and deciding how to vote, Rubio decides that 1) Kavanaugh’s performance showed humility, compassion, and restraint, 2) Which makes sense since everything else we know about him–his life of privilege; his experiences as a jock, frat boy, and member of the Tits and Clits; his excessive drinking; his references to group sex and drugs and illegal alcohol consumption in his youth and his bald-face lies about them; and the other accusations of sexual violence levied against him–aligns with what Rubio calls good character, 3) Not that that matters anyway, because he has to vote for him now because saying that Kavanaugh can’t handle himself when being asked difficult questions about his past is the same thing as saying that he’s a rapist. 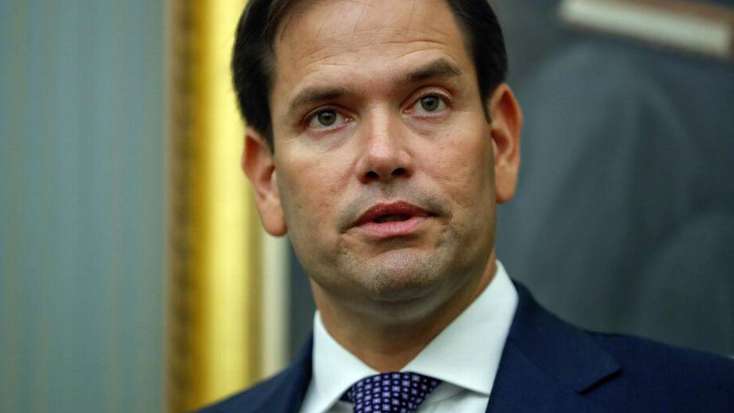 Marco Rubio is very concerned that we’ve confused evil for good and darkness for light. That’s why he’s voting to support a man who, if we don’t have physical evidence that he’s a would-be rapist, showed us in his words to Congress that he has the same attitude as one.

But note the slimiest thing Rubio does here: he makes Ford’s testimony and public support for her the reason he must support her alleged abuser.

Think about the implication: If you speak up and make the situation ugly, we will use the ugliness of the situation as the very reason why we ignore your claims.

Rubio tries to ignore his role in this, shifting the problem to the way that Dr. Ford was thrust into the spotlight, as if the problem is her speaking, not the death threats she faces. Rubio, whose solidarity with victims no one should doubt, because he tells us how much it pains him when emotionally damaged women put their pain on display. He shares his fake worry, never reminding us that there are two sides to every story and that men are the only people whose lives are ever ruined by lies about their sexual behaviors:

“How many victims will now choose to remain silent? And who in their right mind would ever offer themselves up for public service if all that is required to have your reputation permanently destroyed is uncorroborated claims which are then spread far and wide?

But before you write off Rubio as a weasel, know that he did say one true thing in his speech:

“The ramifications of the rot we have witnessed will be felt far beyond the question before us now.”

May it be so in November.