Rape in the Ascent to Power

I’ve been re-read Catch-22 this week and am struck by its commentary on men’s cultures. A thought:

Captain Aardvark is one of the most dislikable characters in Joseph Heller’s novel. He’s a social climber who attempts to make friends with the optimistic and rich Nately (family motto: “You are a Nately, and the Natelys have never done anything for their money”) in order to keep climbing. Around elite women, he is chivalrous, shielding them from the advances of other, less noble officers who only want them for sex (unlike Aarfy, who wants them for their connections to power). But he despises poor women, refusing to pay prostitutes for their work. As Nately, in love with an Italian prostitute who doesn’t care for him at all, works out a plan to win the heart of his beloved, Aarfy suggests he just kidnap and rape her. He explains how he’s worked this to his advantage before:

I remember one day we tricked two dumb high-school girls from town into the fraternity house and made them put out for all the fellows there who wanted them by threatening to call up their parents and say they were putting out for us. We kept them trapped in bed for more than ten hours. We even smacked their faces a little when they started to complain. Then we took away their nickels and dimes and chewing gum and threw them out.

Aarfy, like many men yearning to join the elite, understands that mistreating women–and, in this case, girls, girls who have nothing more than pocket change and bubble gum–is part of the code of brotherhood that proves allegiance to other men over all, including women, decency, or the law. He also knows that the whole system allows for this. The girls can’t tell anyone about their assaults because, if they did, they would be called sluts by their own parents.

Aarfy never understands how amorality; in fact, he thinks he’s an upstanding man. He probably remained a virgin throughout high school and for many years after.

Above, Brett Kavanaugh (left) as a member of the football team at Georgetown Prep. Student-athletes are more likely than others to commit sexual assault. Privilege often protects them from consequences.

He’s not, of course, a gentleman, despite his connections. He picks “dumb girls”–a trick of serial sexual abusers, who prey on lonely girls waiting outside their own child custody hearings or ones with alcohol problems, for example. Without a thought or a second of remorse, he rapes a maid, Michaela, then murders her. Yossarian confronts him.

“But I only raped her once!” he explained.

“Oh, I had to do that after I had raped her,” Aarfy replied in his most condescending manner. “I couldn’t very well let her go around saying bad things about us, could I?”

“But why did you have to touch her at all, you dumb bastard?” Yossarian shouted. “Why couldn’t you get yourself a girl off the street if you wanted one? The city is full of prostitutes.”

Yossarian warns him that his crimes will have consequences, but Aarfy knows better: they absolutely do not. In fact, when the police interrupt his casual explanation to Yossarian about how he had to murder Michaela to avoid her speaking the truth and thus damaging his reputation as a gentleman, he has no reason to be worried: they’re there to arrest Yossarian for going AWOL, not Aarfy for rape and murder. He understands that he’s above the law.

This is what keeps women afraid: we know that powerful men–or at least men who aim for power–will kill us if we threaten to ruin their reputations. In fact, we don’t even have to threaten: because we are victims of their crimes, our very existence threatens them because, at any moment, we could speak. Michaela’s only threat to Aarfy, after all, is that she was his victim and so knows his crime. Because he raped her, she has to die. It makes sense to someone like Aarfy, who doesn’t even question the harm that he does as he ascends to power he rightfully sees as his. 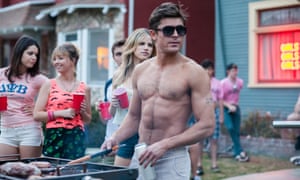 Men in fraternities have a rate of raping that is 300% higher than other men.

We know some of the things we can do to lower the risk women face: get rid of fraternities, college athletics, and the military, where men, fearful of being shamed in front of other men, perpetuate sexual violence at much higher rates than elsewhere. Provide other models of homosocial relationships and other spaces for men to gather, ones that don’t award points for violence, privilege, and cruel exercises of power.