As xenophobes continue to clamor for infants to be separated from their parents as they attempt to cross the US border because Mollie Tibbs was murdered by a man who appears to be in the country without documentation, this happened in Utah, about an hour and a half from where I live: 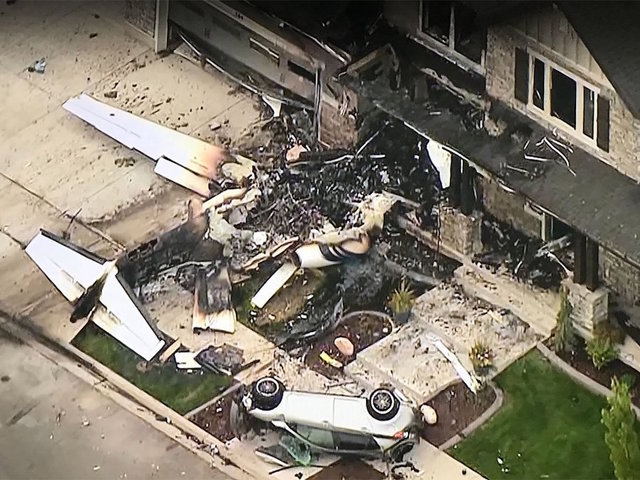 The charred wreckage of a small plane and an overturned car destroyed the front yard of an upscale home in Utah. The front of the home is burned, but the house is mostly intact.

Its the wreckage of a Cessna 525 Citation Jet that Duane Youd flew into his home near Provo in an attempt to kill his wife and her son. Youd had been arrested earlier in the day for domestic violence but soon released on bail. A professional pilot, he then stole the plane from his employer and wrecked it into the house in the middle of the night. He had been arrested in April for disorderly conduct related to an event of domestic violence.

Domestic violence is the most common cause of death of pregnant women.

Most mass shooters have a history of domestic violence.

Domestic violence risks everyone’s life. It’s not a “personal dispute” if it could result in a plane being crashed in your neighborhood or a hostage situation at your child’s daycare.

Immigrants have nothing to do with this.

Mollie Tibbetts was killed by a man who was incensed that she told him to stop harassing her. His immigration status did not inspire him to murder her. His belief that men are entitled to women’s bodies did. His belief that women who reject him deserve to die did. And many men living in America, wherever they were born, feel this way.

The day she was killed, Tibbetts jogged near the farm of Wayne Cheney, who was an early suspect in the case. Cheney has a lengthy record of crimes against women: stalking, harassment, violation of a PFA, and others. These weren’t one-time crimes; he was repeatedly arrested over several years.

In the process of searching for Tibbetts, police found another woman’s body: that of Sadie Alvarado.

The fact is, Tibbetts probably jogged past many men that day who have a history of abusing women, and she also probably jogged by many women who have endured violence. Violence against women is an epidemic. One in three women will be a victim of significant partner violence. This doesn’t tell us how many men engage in physical violence, but it’s a good indicator that lots of them do.