What Fred Phelps and Alex Jones Have in Common

I’ve been thinking again this week about Snyder v. Phelps, the 2010 Supreme Court case in which the court decided, 8-1, that Westboro Baptists had the right to picket funerals, provided they complied with local and state regulations about the time, place, and manner of such pickets, and that the mere act of picketing was not an “intentional infliction of emotional distress” (IIED) upon those who witnessed it. Chief Justice Roberts, writing for the majority, concluded:

Speech is powerful. It can stir people to action, move them to tears of both joy and sorrow, and—as it did here—inflict great pain. On the facts before us, we cannot react to that pain by punishing the speaker. As a Nation we have chosen a different course—to protect even hurtful speech on public issues to ensure that we do not stifle public debate. That choice requires that we shield Westboro from tort liability for its picketing in this case.

In the “facts before us” of Snyder, members of Westboro Baptist Church traveled to Maryland to picket the funeral of a Marine killed in a non-combat accident in Iraq. Though Maryland didn’t have any regulations regarding funeral picketing at the time, the church was still within the law that would later pass–in other words, what they did wasn’t illegal because there was no law against it and, even if there had been a law, they would have been within it. They picketed near but not within hearing distance of the Catholic church where Snyder’s funeral was held, the tops of their signs (but not the messages) visible from a distance. Albert Snyder, the father of the fallen Marine, saw that people were gathered where the church members were located, but he did not understand why they were there or what they were doing. Only when he turned on the local news later and saw coverage of the picket did he understand that the church had targeted his son.

Above, Westboro Baptists picketing outside of the Supreme Court the day the Court heard their case.

Church members brought a variety of signs–some engaging (if crudely) genuinely important political issues of the day, like homosexuality within the military. (This was pre-DADT repeal.) Others, though, weren’t really about politics: “God Hates You,” “Thank God for Dead Soldiers,” and “Not Blessed Just Cursed” are theological statements aimed, in this case, at Snyder and his mourners–and also to the national audience that WBC’s pickets have created.

Chief Justice Roberts says we can’t squash “even hurtful speech on public issues,” but what is a “public issue” is unclear. In an online screed explaining why Snyder, specifically, was in hell, the church said that his parents’ choice to raise him in Catholicism was an effort to hand him over to Satan. They also criticize Matthew Snyders’ parents’ divorce. Had they known, at the time, that Albert Snyder was gay, I’m sure that would have been cited, too. All of these things, though, are facts available to the public  (in Matthew Snyder’s obituary, in the divorce decree), but they are not really public issues. Or, as Judge Richard D. Bennett said in the original ruling,

or as Justice Alito said in his dissent, issuing a press release saying terrible things about Snyder

Underlying the Court’s decision, Alito argues in his dissent, is the idea that hateful language is somehow less hurtful if the purpose is creating a media spectacle rather than for some other more personal reason, like the fact that you just think the other guy is a jerk. Alito finds this ridiculous:

And as far as culpability is concerned, one might well think that wounding statements uttered in the heat of a private feud are less, not more, blameworthy than similar statements made as part of a cold and calculated strategy to slash a stranger as a means of attracting public attention.

The Court focused on those signs that did raise issues of public concern (the US invasion of Iraq, child sexual abuse within the Catholic Church, DADT) but did not address those signs that were targeted more narrowly at Snyder and his family. These signs all invoked theological claims that are not falsifiable. That is, we can measure the sexual abuse of children by Catholic priests. We cannot measure whether soldiers go to hell.

Religious claims don’t get analysis by the Court because the Court can’t use empirical knowledge or logic to test them. In general, I think this is a good idea–the Court shouldn’t get into the business of deciding if eating pork is a sin or whether babies should be baptized.

But the consequence of Snyder‘s refusal to consider the place of these theological claims in the harm that Albert Snyder suffered is that the LESS factually supportable the claim, the MORE protected it is. Indeed, the Court said that Westboro Baptist Church’s words were protected BECAUSE they “were not provably false”–but, of course, it is impossible to “prove” any kind of religious claim.

Further, the MORE OUTRAGEOUS the claim, the MORE PROTECTION the speech gets. Westboro’s words “were expressed solely through hyperbolic rhetoric,” the Court said, which was probably a surprise to members of WBC. While they had hoped to stir emotions with their words, they were also dead serious about them. When WBC says, “Go to hell!” it is quite different from the guy who just cut you off from traffic saying it: they really mean it. There is no hyperbole here.

In other words, in Snyder, by disallowing the claim of an IIED torte, the court incentivizes the use of hateful (and potentially harmful) speech when it is done in public for the purpose of drawing attention to an issue of public concern, when it isn’t grounded in fact, and when it is so outrageous that decent people assume it’s hyperbolic (even when the speakers do not).

Which brings me to Alex Jones (and why I’m thinking about Alito’s dissent in Snyder).

On the other hand, if God hates anyone, it’s Alex Jones, who encouraged his devotees to harass and threaten the parents of kindergartners killed in the Sandy Hook mass shooting. Somehow, conservatives who think that Fred Phelps was evil for causing grieving families further pain at their children’s funeral still put InfoWar bumper stickers on their cars, missing the parallels between these two men. (For what it’s worth, I think Jones, with his larger audience, is far more hateful and more dangerous. He is likely to get someone killed.) 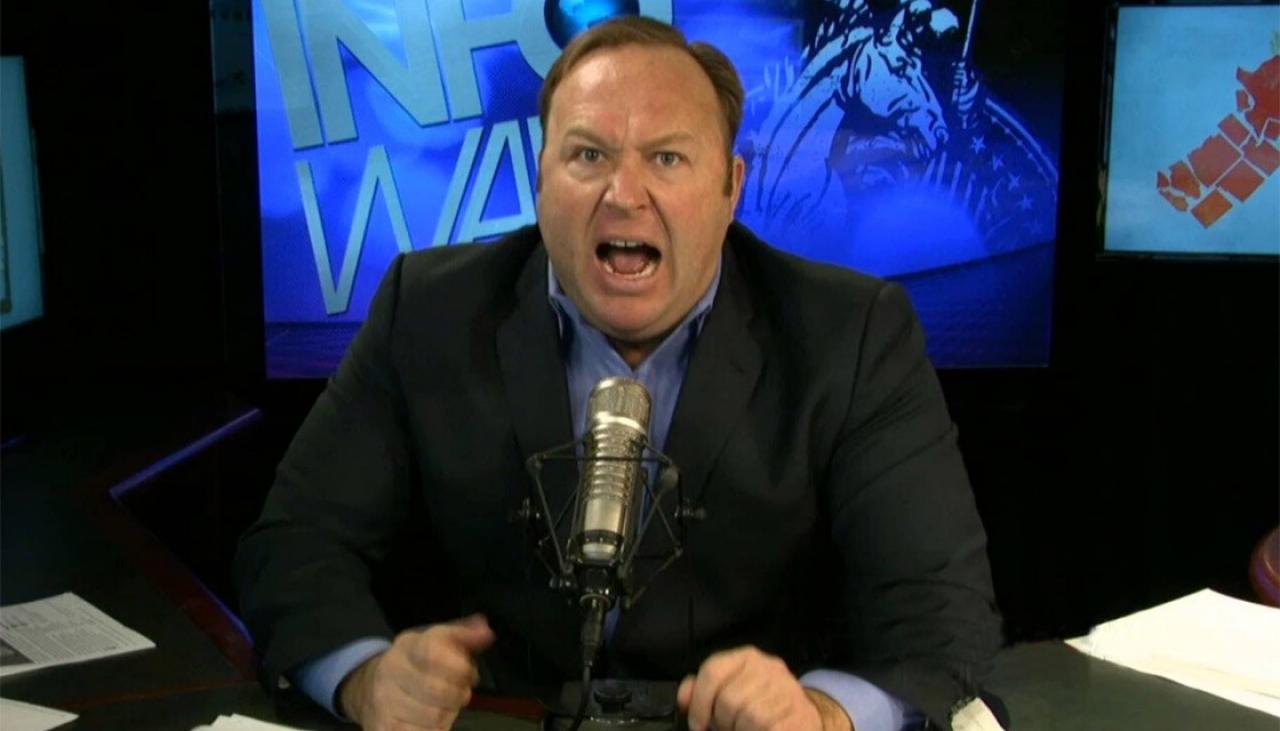 Either Alex Jones has the world’s best cardiologist or he is just acting and really isn’t as upset as his on-air screaming and bawling suggests. Maybe if he doesn’t really believe the bullshit he spews, his fans shouldn’t either.

So I’m not exactly crying over Jones’ temporary banning from one social media platform. And I don’t think that kicking him off Facebook, which is a private company after all, is a First Amendment violation. He has no more right to be there than I have to sell books in a particular bookstore. If the bookstore doesn’t want to sell my books, they don’t have to, and they don’t impinge upon my rights that way. That’s how freedom (and free markets) work.

But I am concerned that Jones will be a forefather of a movement that exploits Snyder (as well as a host of other laws, regulations, and practices). It’s not just Donald Trump who acts as if words don’t matter: the Court in Snyder said they don’t either. (Interestingly, the Court uses the same logic to defend the inclusion of “Under God” in the Pledge: because it is religiously empty–that is, no one really believes it–it gets to stay.)

PS. I still think Snyder was rightly decided–just not using the logic that the majority used. Proving an IIED is really hard, and I don’t think the facts of this case support the application of that torte here. But that doesn’t mean that another set of facts wouldn’t have.