You recently suggested that Maxine Waters’ call for private citizens to heckle public officials who support the vilest policies of the Trump administration went too far. I have been sitting on that for awhile and have to disagree.

Maxine Waters didn’t encourage people to hassle private individuals over their voting choices. She specified that people who are part of this cabinet–who choose to speak on behalf of, defend, and advance policies that are genocidal (a word I am not using lightly here)–should be shamed. Heckling is part of that. You wrote that “If you’re intent on surrounding somebody with angry people, you’re going to make them fearful for their life.” Perhaps this is a difference in our experiences. (When my midwestern-raised husband first met my East Coast family, he kept asking, “Why are they so angry? Why do they yell all the time?” I had no idea what he was talking about. But he felt hostility there–some of which was just loudness and animation and some of which WAS there but that we just live with because, yes, we’re angry–but that doesn’t indicate that we’re murderous.) Above, Maxine Waters, whose strategy for social change includes letting those who would separate immigrant babies from their parents know that they won’t get any rest until those parents children get rest, too.

I’m cautious about that interpretation–that anger equals danger–because I think it’s consequences are racist and sexist–and lethal for people of color and women.

Whose anger in justified? Men’s. Men are allowed to be angry, expected to be angry. Anger is one of the few emotions–along with lust and jealousy–that we allow men to have. Men’s anger is normalized, even though it kills them and it kills the rest of us, too.

Whose anger is interpreted as dangerous, though? Black people’s. The angry black man. The angry black woman. Also, women in general. Women’s feelings are ALWAYS wrong, always irrational, always disproportionate, can never be trusted. When women are angry, it’s because they are out of control, not because the situation warrants anger.

Black men and women, in particular, are frequently seen as angry, even when they’re not. When they are, they are seen as racist, no matter how justifiable their anger is.

Some of us will always have our anger–or just the anger we are assumed to be feeling– seen as a danger. And, especially for African Americans, that misinterpretation kills them. Think of how many police officers claim that they were “fearful of their lives” when they shot an unarmed black person. Our laws make this an allowable defense in Stand Your Ground cases: Would a reasonable person be afraid for their life?  When we train white people to be always afraid of black people, then, yes, a “reasonable” white person WILL feel deathly fear. We’re social animals, and we learn what we are taught unless we choose to learn otherwise. When people of color are seen as inherently anger and that means that they are dangerous, white people then have a reason to fear–and to fire.

So, I’m not willing to say that anger should be interpreted as dangerous. It is certainly unpleasant–but many of our choices carry unpleasant consequences. I’ve yelled at plenty of people without wanting to murder them. And I assume that the many people who have been angry at me–even loud and angry–aren’t going to kill me.

It is unpleasant for Alan Dershowitz that the hoity toity folks at Martha’s Vineyard shun him socially. It is not surprising; words have consequences, and people don’t want to hang out with a jerk. They also don’t want to be associated with someone who defends indefensible policies. It’s unpleasant for Scott Pruitt to be confronted by people in public. (Flying first class, I think, was a totally defensible financial choice, and, as a taxpayer, I don’t mind paying for that.) It’s unpleasant for Sarah Huckabee Sanders to be refused service at a restaurant.

(An interruption for a math problem: Q: A Nazi is dining out with ten friends. How many Nazis are at the table? A: 11.) 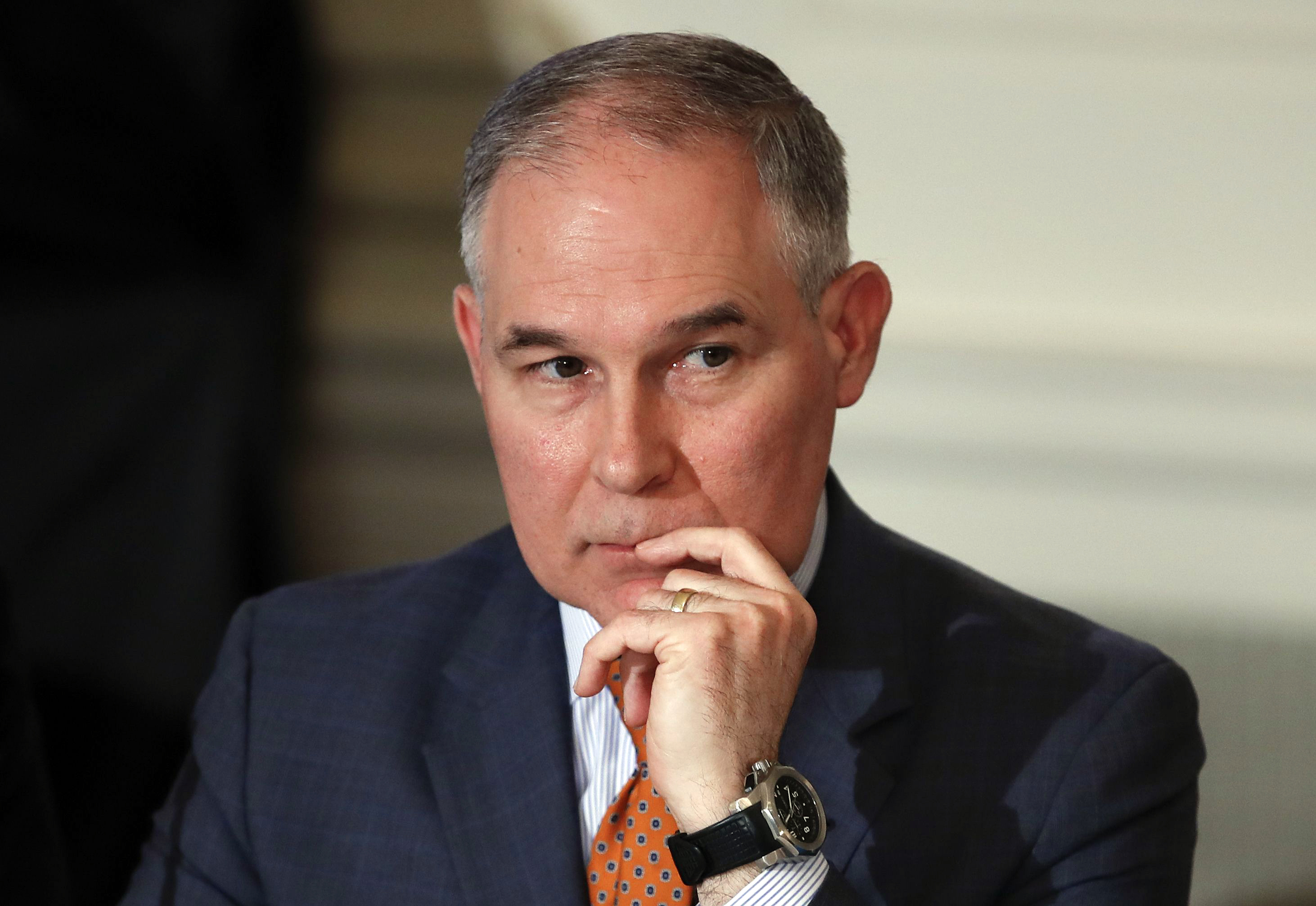 Above, Scott Pruitt. If everyone hates you, it’s time to re-evaluate your life choices. Photo by Carolyn Kaster/AP.

Frankly, it’s unpleasant to have be a heckler, too. No one is having a good time at these scenes. Trust me: the hecklers would prefer a respectful bout of debate. No one wants to bring it to the level of public embarassment, least of all the good people of the United Methodist Church.

But you saw both the GOP primary debates and the Clinton-Trump debates. There was nothing respectful coming out of Trump then, and there is no respect now.

I don’t say this lightly or happily: this moment calls for different tactics.

Civility alone doesn’t work so well. The NAACP looked radical… until Martin Luther King, Jr. came along. And then they appeared quite civil and reasonable to white eyes! And King looked radical… until Malcolm X presented a more frightening, to white people, vision of black liberation. A radical flank can re-calibrate the spectrum of options to make choices that once looked not very appealing suddenly very appealing.

Incivility is working. It worked remarkably well in the fight against the alt-right. Richard Spencer thought he was going to lead a revolution, but he can’t even book a room to hold a rally. Why? Because he was shamed, shunned, and, yes, heckled. He got shouted down because his bad ideas don’t belong on a college campus. (If there is one thing I know about college campuses, it’s that resources are limited and we have to make tough decisions about how to enhance students’ educational experiences on a very tight budget. If there is no money to pay qualified professors fair wages, then there sure ain’t no money to pay for a racist to come and yell that the Holocaust didn’t happen.)

And it’s working with the Trump administration, too. Now, to be fair, the turnover is so high that it’s hard to know how much heckling is helping get grifters like Scott Pruitt out the door. (Here, journalists who kept digging up his dirty helped a whole lot.) But, at minimum, it’s making life lonely for people like Ivanka Trump.

Which is good, I think. People are social creatures, and we belong in community. We have to choose our communities carefully, because they guide our actions, explicitly and in more subtle ways.  When substantial parts of your world tell you that you no longer belong, it should hurt–but it should also motivate a course correction. Sometimes that looks angry. Almost always, it will hurt your feelings. Mostly, it will embarass you–but only because you haven’t been listening to the quieter, gentler cues along the way.