The snowball with a chance: #Churchtoo Brings Down a Big Man on Campus

Big news in the world of #churchtoo:

Paige Patterson, the seminary president who was relieved of his duties over issues related to his advice that abused wives return to their spouses, comments from the pulpit that sexualized teenage girls, and claims that he downplayed sexual violence on a campus where he formerly worked, is actually out of a job.

Earlier this month, Southwestern Baptist Theological Seminary removed him from office–but with a fat compensation package, an honored title, a gig as theologian-in-residence, and on-campus housing. That changed today, when the board of the seminary met to review accusations that Patterson mishandled sexual assault allegations. They decided he’s out. 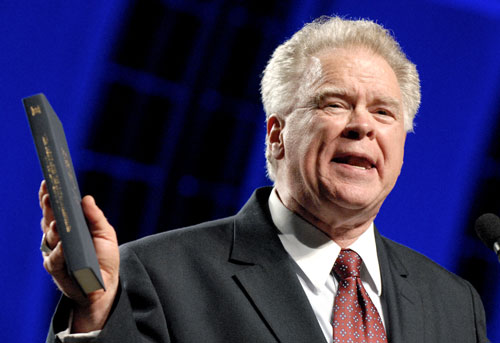 Above, former Southwestern Baptist president Paige Patterson. He was a key figure in the effort to remove women from ANY teaching position that would put them in authority over men–not just the pulpit–in the Southern Baptist Convention. Maybe things would have been different if he had been able to learn from a woman.

A real consequence for a person who hurt women, from a Southern Baptist organization. Maybe it’s snowing in hell, or maybe things are really changing.