Today was my county’s Democratic Nominating Convention. Which makes me wonder:

Do you remember the first time you voted?

I turned 18 the fall of my senior year of high school, so my first vote was in the 1996 primary. Bill Clinton was the Democratic nominee. Our Senators were not up for re-election, so I couldn’t vote against Arlen Spector or Rick Santorum, and Republican Representative Joe Pitts was a safe bet for the House.  So it was a relatively easy choice to register as a Republican: I would be picking which local Republican won the primary and thus the general election.

As a progressive who has lived most of her voting life in deeply conservative places (Kansas, Arkansas, Utah), it’s a strategy that I’ve relied on many times–so much so that at nearly half of my adult voting life has been as a registered Republican. That would likely surprise many of my students (and maybe our readers).

Anyway, back to that April day in 1996: I’d gone to Mt. Eden Lutheran church to vote, armed with my notes on each candidate, just in case I forgot what I was doing when I got inside the booth. I had my voter registration card, which had a simple drawing of a Conestoga wagon on it. (I may still have it somewhere…) and a sense of deep responsibility to vote in an informed way. 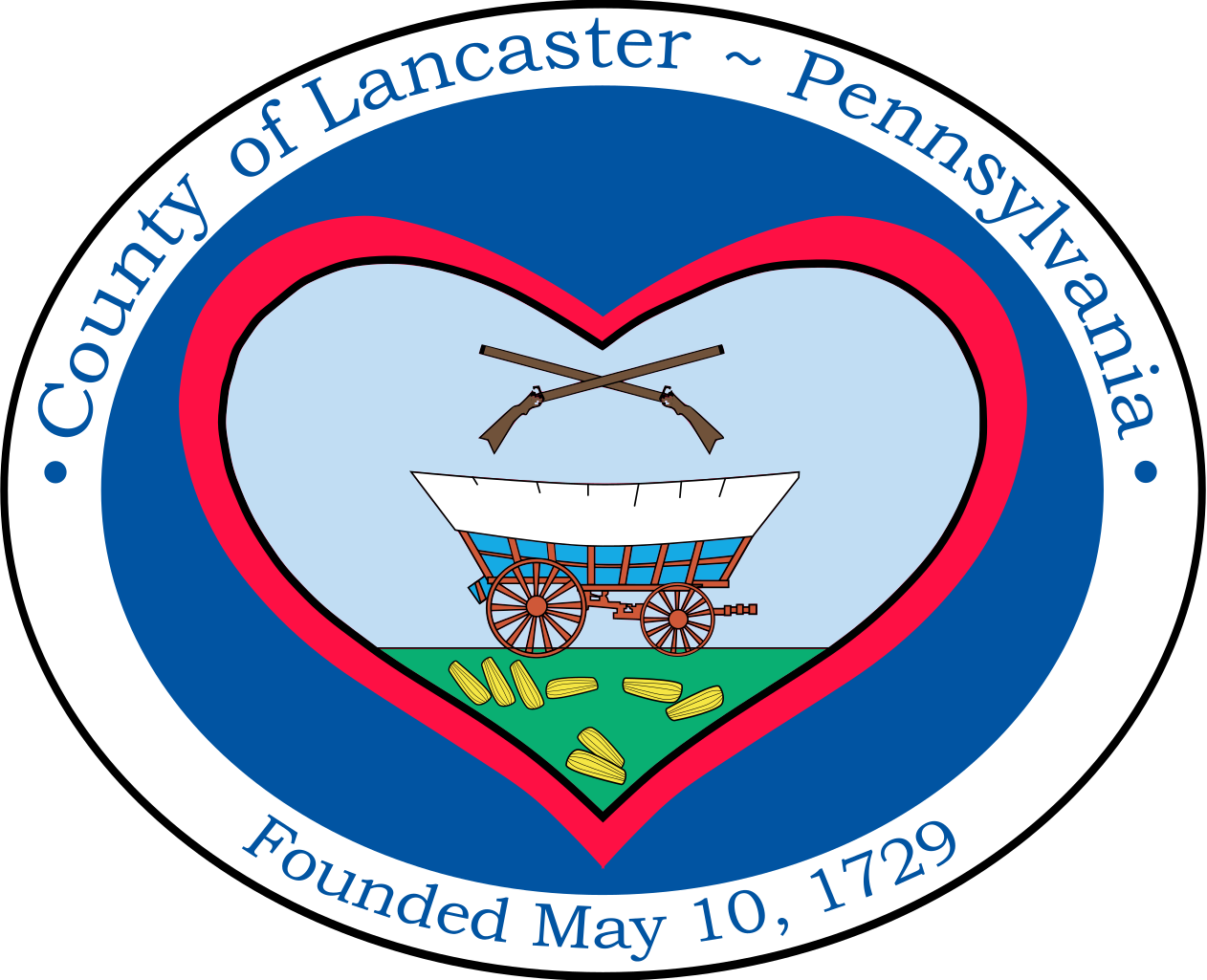 Above, the seal of Lancaster County, Pennsylvania, appeared on my first voter registration card. The heart within a heart signifies the human heart living in the heart of God. The Conestoga wagon and Pennsylvania rifles are emblems of the ingenuity of the people there–and their influence on the rest of the United States. The green ground below is strewn with corn, a native food, honoring the area’s farmers.

I was met outside the church by an elderly woman giving away small packets of wildflower seeds who offered to help me through the process. I told her that I was there to vote in the Republican primary, and she asked me if I knew who I was voting for. I did, but the importance of the secret ballot had been impressed deeply upon me by Miss Cynthia Sangrey and Mr. Ronald Althouse, my US history teachers. At the same time, I couldn’t tell an elder to mind her own business, so I simply smiled and said I needed to think about it. In response, she pulled out a sample ballot–with marks by the names of candidates that, she explained, the state party supported. “It’s so confusing,” she said sympathetically. “You’re probably too busy to keep track of everyone, so it’s probably just easiest to vote this way.”

I thanked her and went on my way, a bit shaken that interference with the voting process could take such a kindly form.

I’m far less naive now.  Amid an investigation of Trump’s collusions with the Russians and Russian bots’ attempts to divide Americans, my greatest concern for democracy is homegrown: voter suppression, irregularities with electronic voting machines, voter ID policies that disenfranchise people of color, and partisan gerrymandering that undermines democratic elections. They’re not only more powerful tactics that Russian propaganda–they’re being brought to use by our own leaders.