No brains, no heart, no courage: Trump responds to Parkland students

Remember the accusations that Obama was all brains? That Hillary Clinton couldn’t connect with people? Trump, on the other hand, we were told by his devotees, was authentic, a speak-his-mind kinda guy (which I don’t doubt, given the gibberish that comes out of his mouth).

Then this: images of his talking points for meeting with victim’s of the Parkland, Florida shooting. 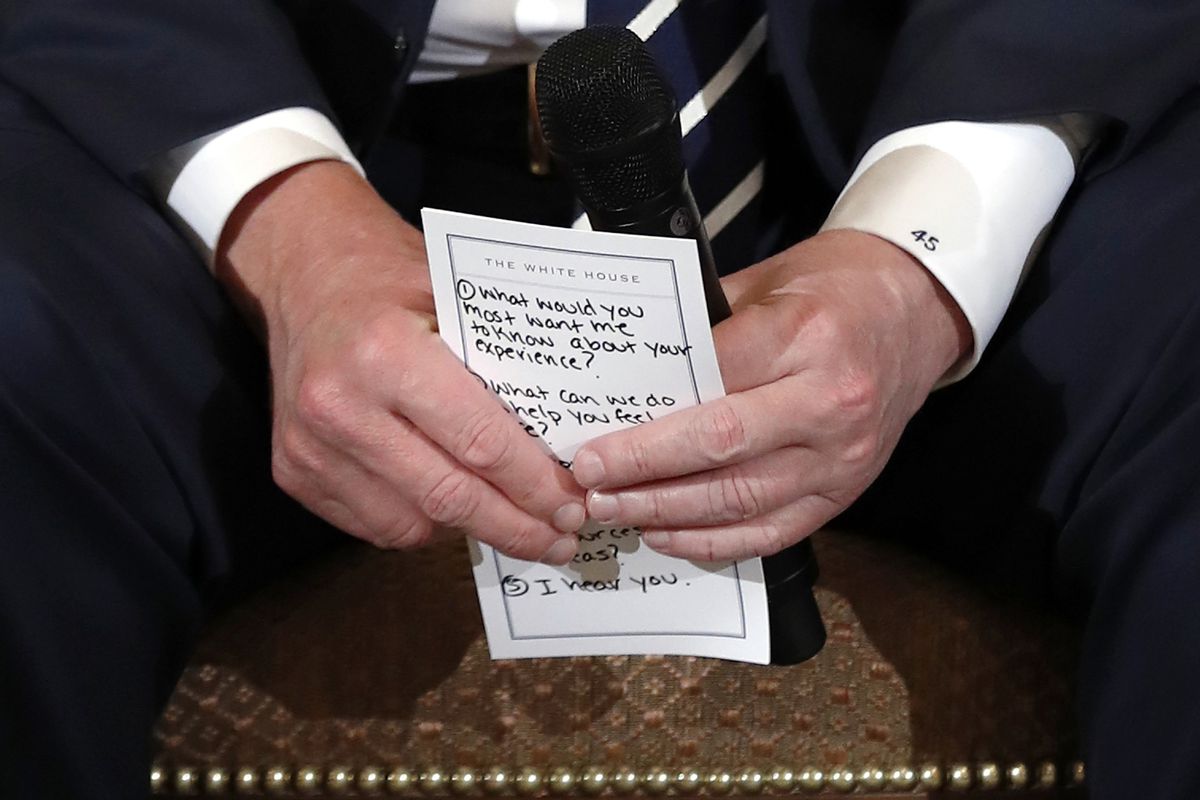 Above, Trump’s notes remind him to ask, “What do you most want me to know about your experience?” and “What can we do to help you feel [safe?]?”  and to state “I hear you.”

His crib notes remind him to say, “I hear you.”

Somehow we managed to elect an actor of even less talent than Ronald Reagan. Still, you’d think that Trump could remember his lines without these prompts. Or, more, that a person might naturally have empathy for his fellow human beings and be able to speak to their concerns without being coached.  Especially if that person is the president. Like, we might expect that a person who has had Trump’s level of success to have some people skills. (Just kidding! He’s not successful at all, in just about any area: marriage, business, politics.)

Trump speaks empathy like I play the trumpet. I can make some sounds, and occasionally these sounds match up to what we recognize as musical notes. But that’s more by luck than by either natural talent or hard work, and no one would be fooled into thinking I was a musician, even if I put together a few bars.

Or, as Paul said, “If I speak in the tongues of mortals and of angels, but do not have love, I am a noisy gong or a clanging cymbal.” Trump can’t be accused of speaking like an angel, of course, but what is even clearer here is that he can’t naturally speak with love, either.