The cuckhold part is an aviary metaphor. A cuckoo bird will lay its egg in another’s nest for that bird to raise. It starts to appear as a metaphor in Medieval lit, most notably “The Miller’s Tale” by Chaucer, to describe a man whose wife is cheating. 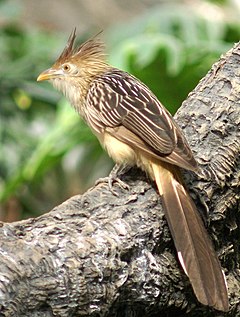 It’s also a fetish (a word that I use with no pejorative meaning) as Joel notes when he draws from an article on the term that originally appeared in GQ back in August:

That’s also a source of the use of the term in white supremacy/alt-right circles: they see men who enjoy this fetish as weak, emasculated, effeminate, and not properly in control of/protecting their women/nation. The collapse of white women with White Womanhood with White Nationalism happens pretty quickly from here.

White nationalists thus use cuck to describe conservatives who don’t mind their nation (women) getting “fucked over” by people of color. One example: When ex-Breitbart writer Ben Shapiro criticized this “alt-right” website, Milo Yiannopouls (who was behind the racist Twitter attacks on actress Leslie Jones) sent Shapiro, upon the birth of his son, a photo of a black (biracial) baby–the idea being that Shapiro (who is not black), in leaving and criticizing Breitbart, had become a “cuckservative.”

Read cuck like “race traitor” or “n—— lover,” but on a larger scale: someone who is deliberately betraying their people by allowing the population to be “polluted,” sexually, genetically, or through immigration. It means being a dupe–like the birds who raise the cuckoos babies. The cuckoo doesn’t even wait for the host bird to leave the nest; it lays its eggs while the nestbuilding bird is sitting right there, attempting to defend its own home and babies, unsuccessfully every single time. The cuckoo is larger than its hosts (three times bigger than the reed warbler, one of the birds it picks on), and it often hatches earlier. If it hatches earlier, it promptly rolls its foster mother’s babies out of the nest; if its foster siblings are born first, it pushes them out.

When racists say cuck (and racists are the only people who say cuck), they are thinking about nonwhites taking over white cultures by infiltrating them, then destroying or displacing people, all while forcing whites to pay for the process: anchor babies, refugees disguised as stealth jihadists, Muslims practicing taqiyya in order to penetrate Western civilization and topple it from the inside, demographic warfare.

Above, a featherless cuckoo, evil at birth, practices “nest eviction,” rolling its unhatched foster sibling to its death.

This is why those in the alt-right don’t just talk about people as cucks but whole nations–white, European, Christian nations being dragged down by immigrants. Germany is held up as the primary example in white supremacist circles as a once-strong, homogeneous nation that is now weak, effeminate, emasculated, etc., as evidenced by its inclusion of Muslim/brown/immigrant bodies. Sweden is another place criticized for polluting its white population with brown and black skinned immigrants. If you wonder why Trump criticizes these nations for their immigration policies (even when such criticism sounds like nonsense to the rest of the world), know that he’s not talking to you; he’s talking to his extremist friends.

Cuck shows us how the alt-right (and their “mainstream” right allies) think about  white women (as white men’s property (a la Othello or, more importantly, the many women who are murdered each year by men who are “jealous” of their sexual attention) and nonwhites–people who, together, are fucking them over.